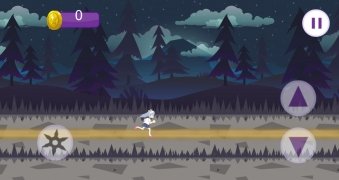 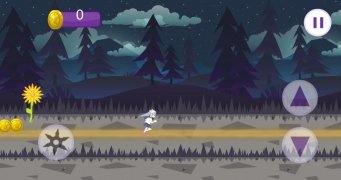 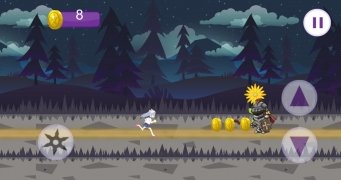 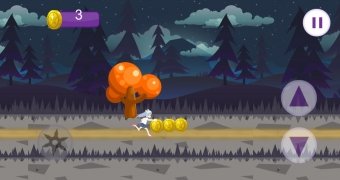 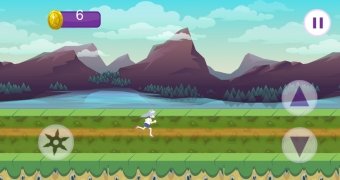 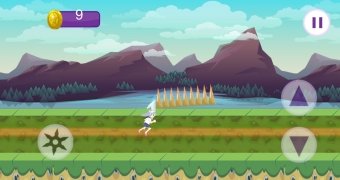 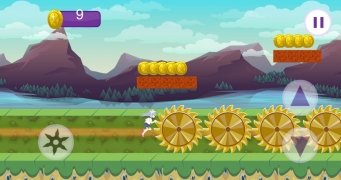 This is an endless runner platform game that borrows its name from the anime-looking adventure game, Yandere Simulator, in which we have to take control of a Japanese schoolgirl that has to do whatever it takes to win the heart of the guy she likes.

Well, in Yandere Simulator for Android, the only resemblance with the anime adventure is the aspect of the main character because she also wears the typical Japanese school uniform. Apart from that, it's totally different: we'll move around on a 2D scenario where we'll control the character that will run around non-stop and at a constant speed, having to jump or duck, and shoot at all our enemies.

It's definitely not an easy game as its speed gives us no time to react and the obstacles appear out of the blue making it also hard to dodge them. On the other hand, each time we get killed, we can start all over again on a new level that has nothing to do with the previous one. That means that it's hard to learn a mechanism to complete the game.

There certainly are better platform games out there (Super Mario Run or Lep's World) but if you're looking for something fast-paced and capable of putting your reflexes to the test, you should download the APK of this game.

A new Crash and Cocoo adventure against Dr. Neo Cortex

The official game of the Minions for Android