After Burner 3D will place you in the pilot seat of an F-14 Combat fighter with which you will have to eliminate your enemies. Download After Burner 3D free 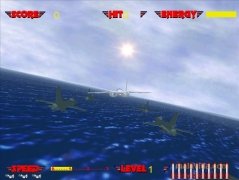 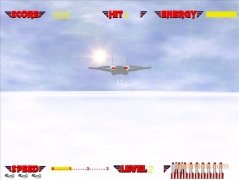 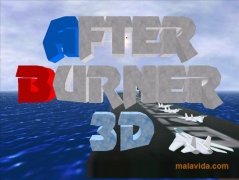 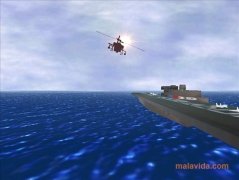 After Burner 3D is a version of the classic arcade game that appeared at the end of the '80s, in which you had to take control of one of the most famous fighters, the F-14 Tomcat and eliminate all your enemies in 18 different scenarios.

Pilot an F-14 in this aeroplane game

It is a game that, despite having rather simple controls, it very complex to finish, something that will be a real change for all those hardcore gamers that like arcade games. With only two buttons you will be able to launch missiles and shoot your machine gun, the main weapon of the fighter that you control.

Despite the fact that it has been to totally renovated because now it has 3D graphics, this title maintains all the essence of the original, at least in what regards to the plane and the scenarios that have to be completed.

If you like air combat and classic arcade games, you shouldn't miss out on this opportunity, and install After Burner 3D on your computer, because it is a title that is very addictive that will really let you test your skill and reflexes.