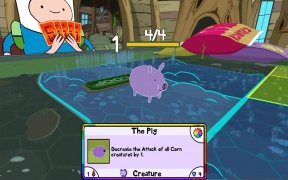 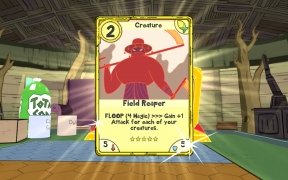 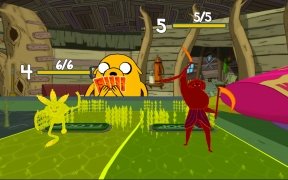 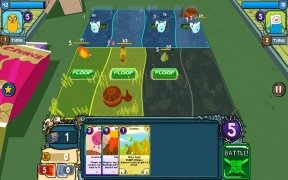 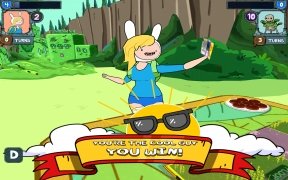 One of the most mythical episodes for fans of Adventure Time is the one with the Card Wars, where Jake and Finn summon and revive creatures that devastate crops. Well, in this application, you will find the game that emulates the one in this episode and lets you play.

The board game of Adventure Time on your smartphone

In these card battles, you will summon different creatures and cast spells to claim victory. Like a deck of role-playing cards, you will fight warriors including the Cool Dog, the Hot Dog Knights, the Maize Walker or the Pig. Your goal is to destroy the opponent's troops.

Summon creatures and cast spells to fight for victory in the kingdom of the land of Ooo.