Not everybody has the possibility to sit behind the wheel of a Mercedes. Download Mercedes CLC Dream Test Drive for free and enjoy this spectacular car 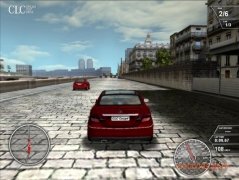 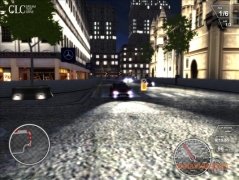 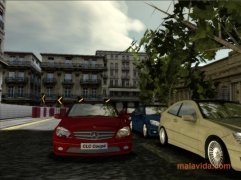 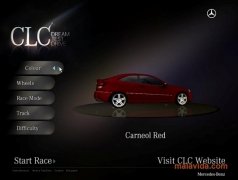 Mercedes CLC Dream Test Drive is a simulation video game that is different from all the rest, because not only can we test our skill driving around each of the game's circuits, but we will also have the opportunity to know, even though virtually, what it feels like to drive one of the most powerful models by the great German company Mercedes.

The model we'll be able to drive is the Mercedes CLC, a high range saloon car, that has a very powerful engine and an attractive design, that maintains the general line of the vehicles by the German company, but adding a sporty touch. In the game we'll be able to drive around four different tracks, in which we can compete against six cars, testing our skills behind the wheel.

The graphics aren't as appealing as that of other simulation games, mainly because it is a promotional video game by a company that designs vehicles. Discover what it feels like to drive one of the most attractive cars in the world, thanks to the Mercedes CLC Dream Test Drive game.

Antony Peel
Mercedes Benz
Over a year ago
More than a year ago
103.1 MB