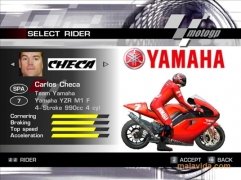 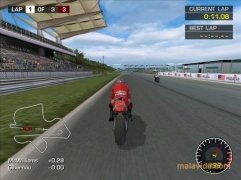 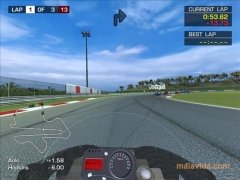 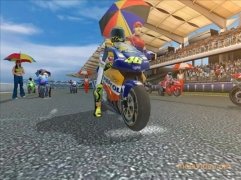 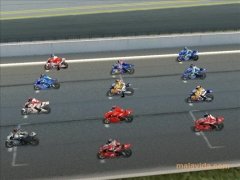 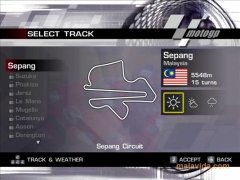 The world motorcycling championship is one of the most spectacular competitions in the world, because it tests that skill of the best motorcyclists worldwide, competing in the most difficult circuits, using the most powerful motorbikes.

If you want to take all that adrenaline to your PC, you can manage to do so with MotoGP 2, a game that stands out due to its realism (not only its playability but also its settings, the circuits and the pilots) and all the options that it offers us. It has six different game modes, among which we must highlight the acrobatics mode and the multiplayer mode, thanks to which we'll be able to compete against players from all over the world.

The controls in this edition have been greatly improved, and it now allows us to brake with either the front or the back brakes separately, duck to avoid the wind resistance or balance the motorbike when we exit a curve at excessive speed. Download the demo of MotoGP 2 and enjoy competing in Sepang, with the possibility to choose between four of the World Championship's pilots.