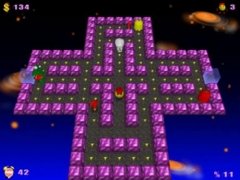 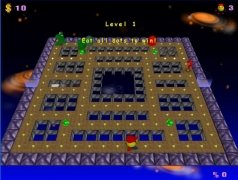 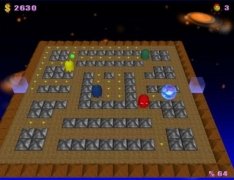 PacMan barged into the video game world with strength in the eighties, being the rage wherever there was an arcade machine to play it. More than thirty years later, and just like other classics such as Mario Bros. or Tetris, its formula is still so successful that many versions have popped up since then, and PacMan Adventures 3D is one of them.

A new version of an immortal classic

In PacMan Adventures 3D, as you can gather from its name, we can play with a 3D PacMan in a rather likeable three dimensional environment. Furthermore, the game incorporates several playing modes, including a version of the logic game Sokoban, but without any enemies this time around. Obviously this version doesn't mean any kind of revolution in the computer entertainment world, but it's still a great option to have a good time in front of your screen.

In thirty years time, PacMan will still be as entertaining.

Download PacMan Adventures 3D and have fun with one of the best remakes of the PacMan classic.