PC Building Simulator is a game in which you'll design and build your own computer from scratch, trying to create a powerful PC with a tight budget 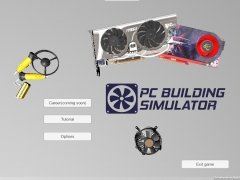 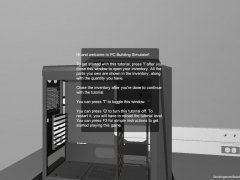 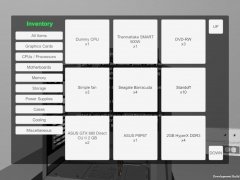 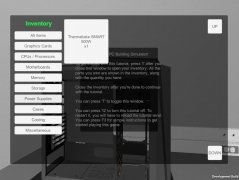 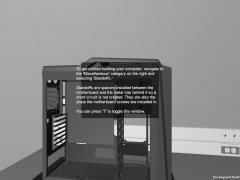 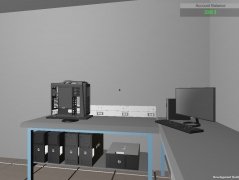 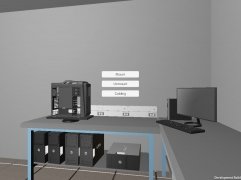 Simulation games for PC cover all sorts of fields. We've seen from video games in which we can pretend to live a second virtual life, totally different to our usual old boring existence, to games in which we could simulate being a truck or train driver, an airplane pilot, a farmer, or even a goat.

And now we can also play at mounting our own computer in a virtual manner, without having to go to a store to purchase all the parts necessary: CPU, RAM memory, graphics card, buses, internal storage, optical drives, power supplies, fans, etc. The goal of PC Building Simulator? Learn and prove that you know how to put together your own PC capable of running the most demanding games at present (Battlefield 1, Hitman, Far Cry Primal, etc.) without exceeding your initial budget.

How to play at mounting your computer?

There's not much to it. Just download and unzip the folder, and start playing. For the time being, the game's development is at a rather primitive stage and you can only access a tutorial to learn the basic options of this video game, but the interface promises that there will be a career mode released shortly. We don't know if they mean that we can become a computer repair man fixing computers all day long, but the game looks quite good.

Once you run the tutorial, you'll have access to all the components available and the number of them that you can use. Simply browse through the menu selecting the parts to be used and then click on the slots to install them and carry out the wiring. You'll soon get the hang of things even if you've never set up a computer before (this is basically a PC Building for Dummies), but don't expect to beat your geek friend that's been putting together his own PCs ever since he was fifteen.