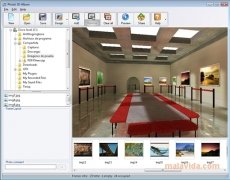 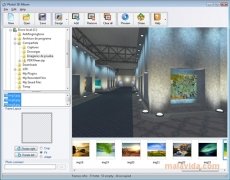 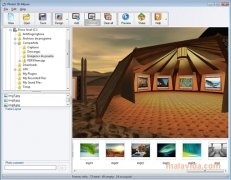 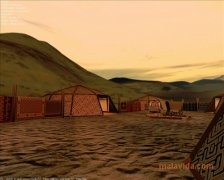 Create your own photo galleries in 3D environments

Having your photos perfectly cataloged is something that is always nice, and there are quite a few applications that allow the user to catalog, tag and organize them by albums, but none of them manage to off the user a real photo gallery in three dimensions like Photo! 3D Album.

Creating an album is really simple, all we have to do is add as many photos as we want and the 3D environment of our choice, and they will be automatically placed in the frames that each design includes. From the program's interface, we will be able to move around the full environment, but what is really nice about Photo! 3D Album is to start the full-screen visualization where each album becomes an art gallery that we can move around at our own will.

There are quite a few preset galleries, and many more that can be downloaded from the Internet (some with Christmas motifs, for example) and, furthermore, we will be able to configure Photo! 3D Album as a screensaver, and activate the stroll mode, that allows the users to move around the 3D gallery however they like.