With PokerTH you will be able to play on your computer the Texas Hold'em poker version. Download PokerTH for free and practice your game technique to win 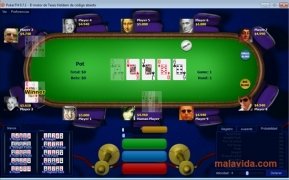 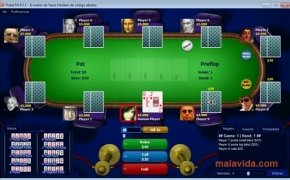 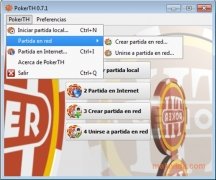 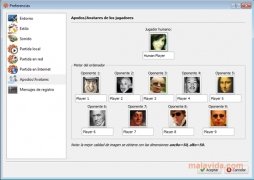 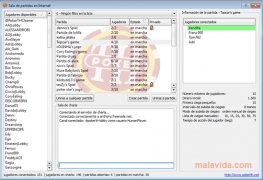 Play poker from your computer

PokerTH will allow you to play the Texas Hold'em variant of Poker. It's currently one of the most popular worldwide, and the most played in the majority of casinos. With PokerTH you will be able to play in individual mode against the machine, with the possibility to play against up to nine virtual players. Another option is to play online with other people, in one of the many games that take place over the Internet.

Game to have fun and also learn how to play

If you like poker, this application will keep you busy for many hours. In PokerTH we can choose the style of the playing table, with rather realistic graphics. It also allows us to assign an avatar to each of the virtual players. With regard to playing on the Internet, you can create a new game or join a game that is already started. The game speed can be configured, so as to make sure that the game doesn't become too long. In the Internet poker room, we will be able to see the games that are open, the players available and those that are connected.