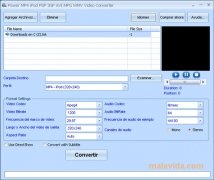 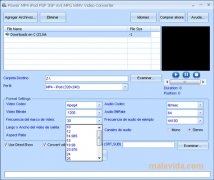 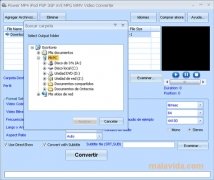 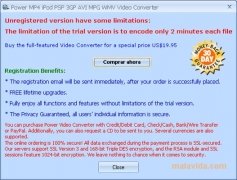 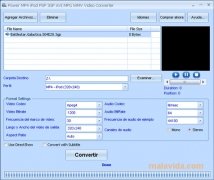 There are so many video formats, that we normally need more than one program to be able to convert them all. The main property of Power MP4 iPod PSP 3GP AVI MPG WMV Video Converter lies, as its name indicates, in the vast amount of formats that it can convert. It doesn't include all of them, but it does include the immense majority, including all the most used ones and many strange formats.

A great alternative to Format Factory

Another of the program's virtues is that it allows us to do everything from a single window, that doesn't mean that the software doesn't include really fantastic customization options, allowing us to change variables, like the video codec, the bitrate, the video frame rate, the audio channels or if we want to use DirectShow, among other options. The only problem with Power MP4 iPod PSP 3GP AVI MPG WMV Video Converter is that it isn't free, and the trial version of the application includes quite a few limitations.