With Bandicam you'll be able to record everything that happens on your computer, whether while using a program or playing a game to register your progress 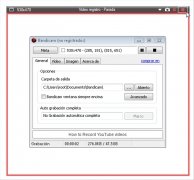 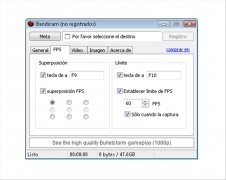 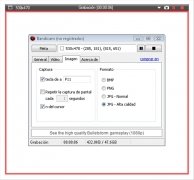 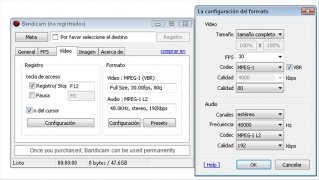 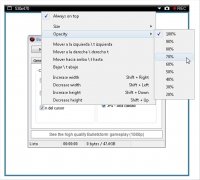 Recording your computer screen while you play an entertaining game is something that is very easy with Bandicam, and it allows you to record what happens in any area of the screen or any program that uses OpenGL or DirectX, as do the majority of PC games.

This program will take care of recording a video with what happens on the screen offering a large compression ratio without affecting the quality of the video.

It has the same features and options as Fraps, another popular screen capture program that uses OpenGL and DirectX technology. What's more, it uses very few system resources, and the recorded videos, since they are compressed simultaneously, occupy very little space on the hard drive.

If you want to record how a program works on your computer or your skill at a certain game, the best program you can use is Bandicam.