DU Recorder is a tool that allows you to record everything that happens on your PC screen and make live streaming on YouTube, Facebook, and Twitch 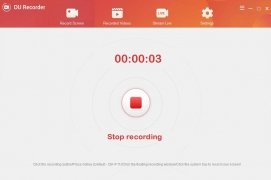 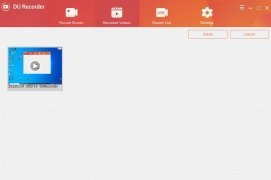 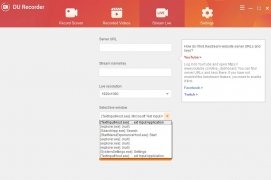 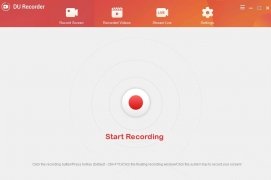 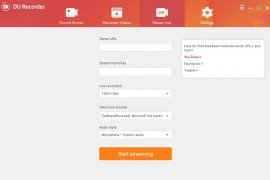 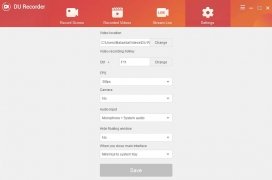 Record your screen and broadcast live

When it comes to recording an Android screen, one of most users' preferred options is DU Recorder. With this software you can record your creen and also broadcast live through different online channels. Know that you have an equivalent minimalist version in Windows with similar functions.

One of the easiest screen shot programs

In this version of DU Recorder for PC, users will not encounter many problems to carry out the task. The basic design of the interface lets you record the screen quickly and easily, and broadcast on several online channels, namely Facebook, YouTube, and Twitch.

As we say, this is a user-friendly software with the following main features: