One of the most basic features shared by all social media is reacting to other people's posts, and BeReal is not the exception to this rule. Let us explain how you can react to a post on this unique social media. 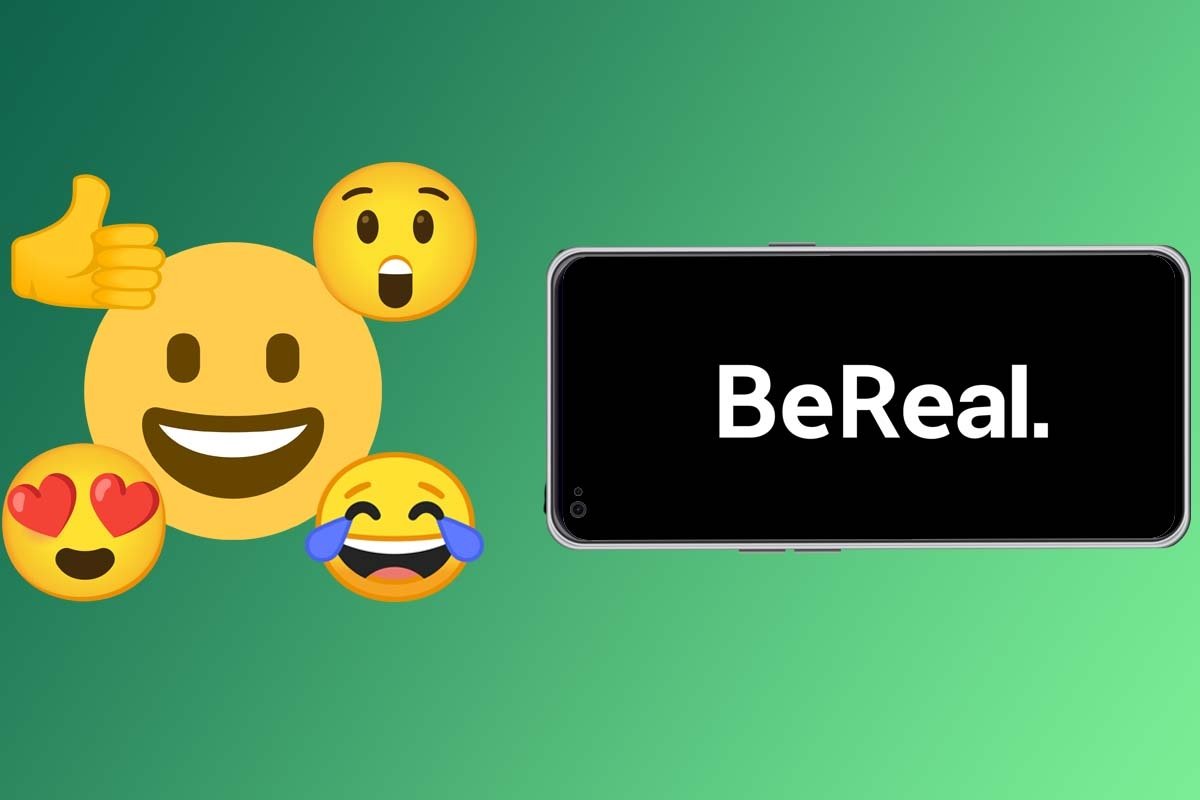 BeReal is a very special social media that impresses everyone. Its unique way of encouraging users to post double photos without any filter or retouching is so original that it stands out from other more "traditional" social media such as Instagram or TikTok. However, this social media has features in common with other platforms, and one of these features is the ability to react to other people's posts. Here, we will tell you how to use the reactions in BeReal and what you have to do to use them in your friends' posts.

How to react to a photo with a RealMoji

We have already told you above that BeReal has in the reactions a common element with all other social media, but even on that point, it tries to stand out a little from the others. The reactions you can leave on posts on this social network are quite original because we can customize them to our liking, but do not worry, we will explain this later.

Reacting to a publication of a friend or some of the posts we can find in the "Discovery" section is very simple, and to do so, all you have to do is follow the steps below: 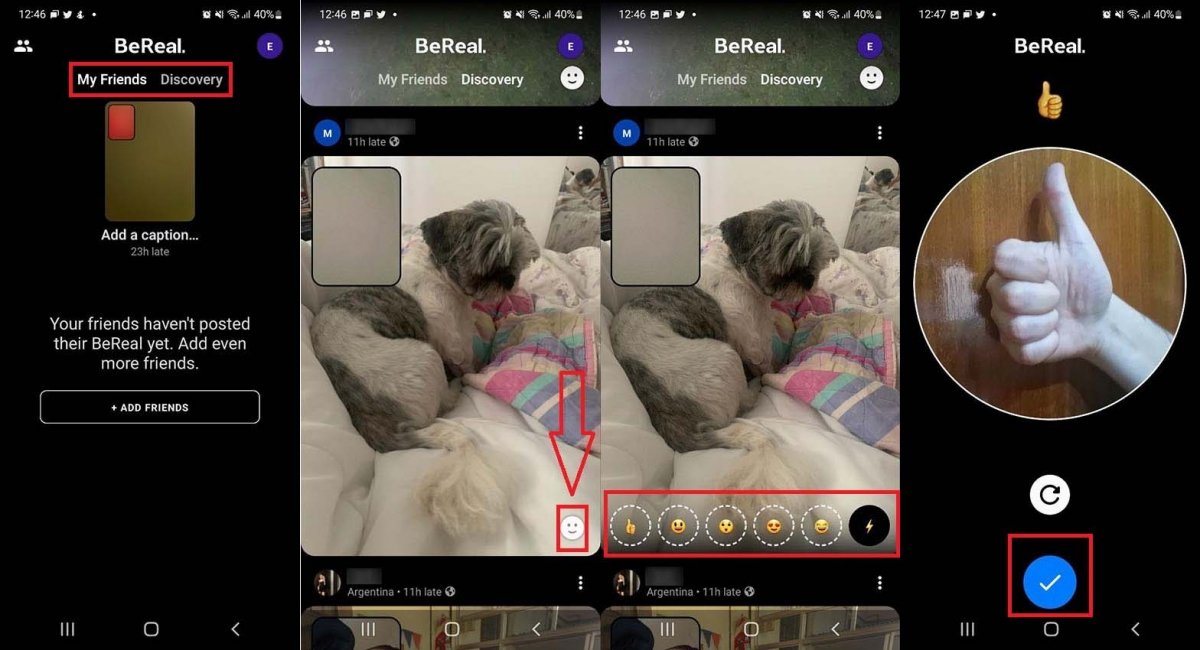 Steps to react to a publication on BeReal

We have mentioned how reacting to other people's posts works similarly to other platforms, as this is a very common feature in this type of social media. However, BeReal does not have likes as Facebook does, for example. In this social network, the only way we can interact with other posts we have seen is to post a reaction following the steps mentioned above, so if you are looking for how to like a photo in BeReal, you should know that you simply can not.

In addition, another action that you cannot do in BeReal (but is available on other social media) is commenting on posts because, as we said before, you are limited to customized reactions. Our closest option to "like" a post is using the thumbs-up emoji we can find among the reactions, but this is still just another customized reaction.