Download CA Backup and Migration and create backup copies of your files, managing to share the configuration used between various different computers 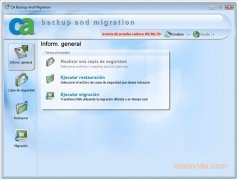 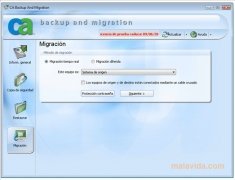 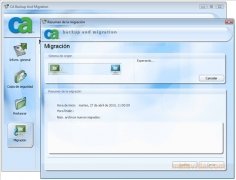 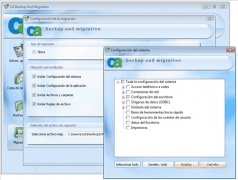 If we have several computers or we want to migrate to a new one, it's possible that we want to share/use the same configuration and appearance, as well as having the same files, something that can be a real headache if we don't have a tool like CA Backup and Migration.

It's an application that allows us to share data between up to three computers and that, by means of a practical assistant, will help us to perform backups of the files that we want and the configuration options of the applications, as well as allowing us to move this information to other computers, even when they don't run on the same operating system.

Other features worth highlighting about this application are the automation of the backups, an option to restore computers that have been configured to their original status by means of a backup, and the system to update the program automatically, improving the stability and adding new functions with each new version.

If you need to share your configuration and files with other computers, or you want to have a backup of your PC's files, download and try out CA Backup and Migration.