CubeTest is a responsive skills training program that uses cube tests. Download CubeTest free and enhance your mental skills to the maximum extent 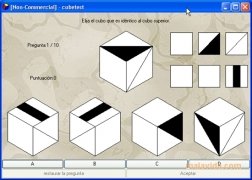 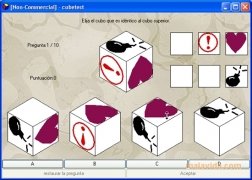 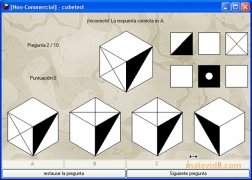 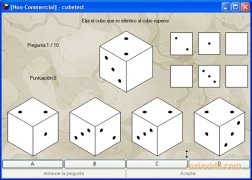 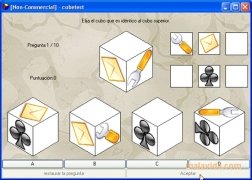 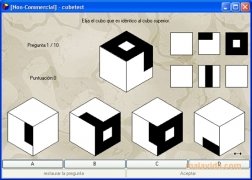 Exercise your mind by finding out what cubes are identical

CubeTest is a brain training tool to learn how to work with spatial insight. The application is ideal for school children, even though it can also be used as a mere entertainment application, or as a training tool for adults that have to pass an aptitude test that contains mental test that are similar to the ones that the program asks.

To help us out, it will show us what drawings or figures form the six sides of the cube. The program has four difficulty levels that vary between easy to the most complicated level, where all the cubes have the same figures, but not in the same position. Even when we may think that this is still very easy, we might get more than one surprise at the easy level if this isn't the normal kind of mind games that we train.

CubeTest includes five different styles, that change the contents of the sides of each cube by adding color, imitating dice or using specific geometrical figures. It is recommended for school children, but more than one adult will have a good time trying out this entertaining game.