Dyna Blaster, also known as Bomberman, is one of the great classics of video gaming history. Have a great time after you download Dyna Blaster for your PC 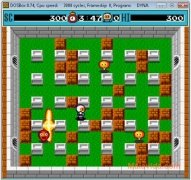 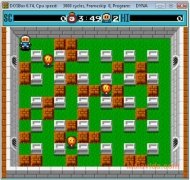 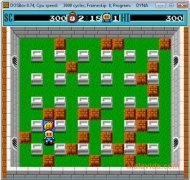 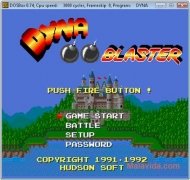 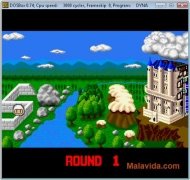 Make your enemies explode in this great classic

There are games that over the years mark a milestone in video gaming history, and Dyna Blaster (also known as Bomberman) was one of the games that meant a milestone during the decade of the nineties.

Enjoy playing the classic Bomberman on your PC

The plot of this great game, that offered us the possibility to play against another player on the same computer, was rather simple, you had to reach the end of the game to save the daughter of the scientist that had created both the main character and his evil alter ego. To accomplish this difficult mission you had to eliminate all the enemies and find the secret doors that were hidden behind the walls.

During the game, Dyna Blaster offers you the possibility to gather all kinds of bonuses that increase the force of the character's bombs or that provide him with other powers. All the bonuses are also hidden behind walls, thus it's really advisable to destroy all the walls on each level.

Therefore, if you want to enjoy one of the great classics of video gaming history once again, on your own or with a friend, download Dyna Blaster, it's free.