Download Java 32-64 bits and develop and launch applications designed with this language. The Java virtual machine makes them compatible with any platform 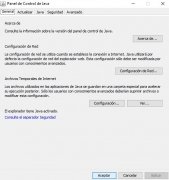 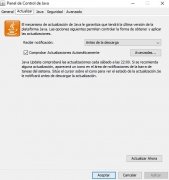 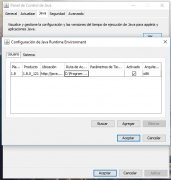 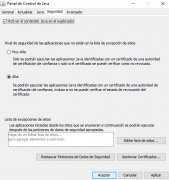 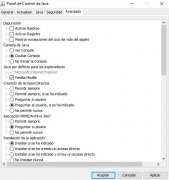 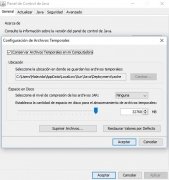 WORA coding languages (write once, run anywhere) are intended to simplify the execution of programs and applications developed using this code. The latter can be run on different operating systems by means of a so-called virtual machine. It's an advantage regarding the development of software because it doesn't force the developer to compile the code each time it has to be ported to a different operating system.

One of the most popular ones is definitely Java 32-64 bits, as it allows us to migrate its developments to different platforms through a virtual machine known as JRE or Java Runtime Environment, the real-time execution environment of this coding language.

This tool provides the operating system with the libraries and components necessary so that any application written in this language can be used. It's the same as programs of the likes of VirtualBox when we download a Linux distro in ISO format and we run it on our Windows desktop without completing a full installation.

High-performance, portability, versatility and stability are the advantages of a software application developed with Java.

What is it and what's each version for?

JRE covers all the needs of the majority of Windows users. It includes all sorts of utilities and improvements to make the development of web services and applications much easier for any user, although certain advanced knowledge will also be required. The latter are packed inside the so-called JDK or Development Kit. It also includes features that optimize the performance and the correction of bugs and errors. In any case, the Java virtual machine and the development APIs have three different versions depending on the needs of the coder:

Basically, because it has become a standard for the development of all sorts of Internet applications, as well as the language used to develop mobile applications and embedded developments. All the latter thanks to how easy it is to connect with web standards. In fact, most of the games we play online are coded in Java. It's used in all sorts of devices, including laptops, mobile phones, huge data centers and, therefore, any application installed on your device may require its installation. As you probably know if you've ever tried to play Minecraft.

Is it the same as JavaScript?

Just because it's got the same word in its name, some people think it's the same thing or that at least they're similar. But that's not the case, JS is an interpreted coding language that is usually used on the client-side, such as implementations in web browsers, PDF documents or desktop applications, mainly widgets. In fact, it was conceived by a Netscape developer to improve the interactivity with web pages from the browser. As you can see, it has nothing to do with the language developed by Sun Microsystems, now owned by Oracle.