3.21.06 Jesus Film Project is an app with a collection of videos in different formats that intend to take us closer to the life, works, and miracles of Jesus
7/10 (22 Votes)
Download 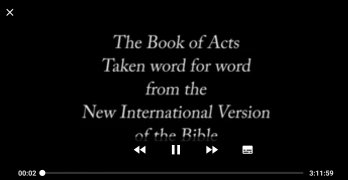 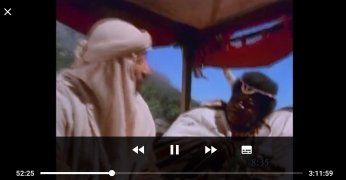 The allegedly venturesome life of Jesus is still very popular 2,000 years later. All sorts of stories, tales and gossip have been written about what he did and didn't do: his relationship with Mary Magdalene, his dislike for merchants in temples, his capability to feed loads of people with bread and fish... so it turns out he was quite a peculiar fellow.

Movies about the life of Jesus, the mainstay of Christianism

In fact, some people don't mind nagging you in his name: don't do this, don't do that, don't say this, don't say that... In any case, instead of letting him rest in peace, this guy's fans are still releasing merchandise on a regular basis. And of the latest products is this Jesus Film Project for Android.

It's an application that brings together a collection of hundreds of videos in different formats: long movies, short films, and mini-series. All the latter, with the intention of helping you know more about Jesus, who's meant to be the son of God, himself and the Holy Spirit, all in one. And when you ask how could that be possible, the only answer is that it's a mystery and that you have to have faith...

Well, you're definitely going to have a great time with all these videos. However, don't expect to watch Metallica's Some Kind of Monster or anything similar, showing off the band's misery. It will be more like Mötley Crüe's The Dirt, with a deceitful happy ending.

Movies and new releases in HD quality on your smartphone