How to translate text directly in Word 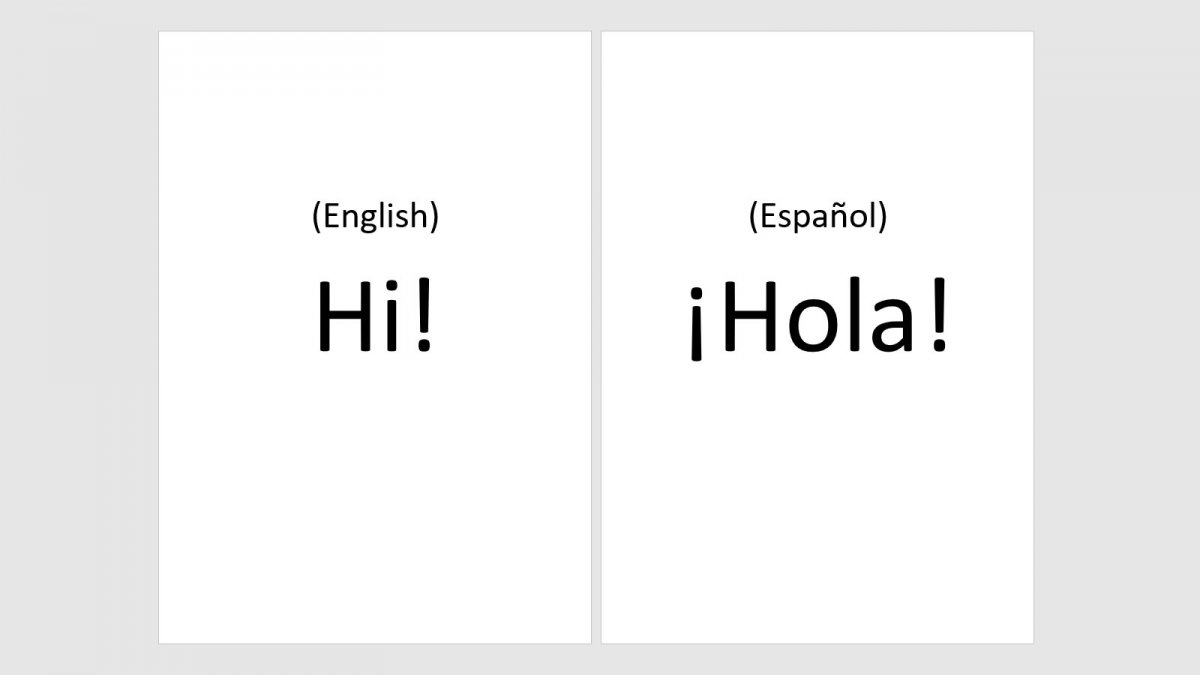 WhatsApp Share Tweet Send
From the Microsoft word processor, it is possible to translate a document or a selected portion of text. Let us explain how to do it in the simplest way.

Microsoft Word has a built-in text translation tool. Thanks to it, it is possible to translate directly in the document we are in, without having to use other Internet translators and having to copy and paste. To use this tool, first, open Word with the document you want to translate. 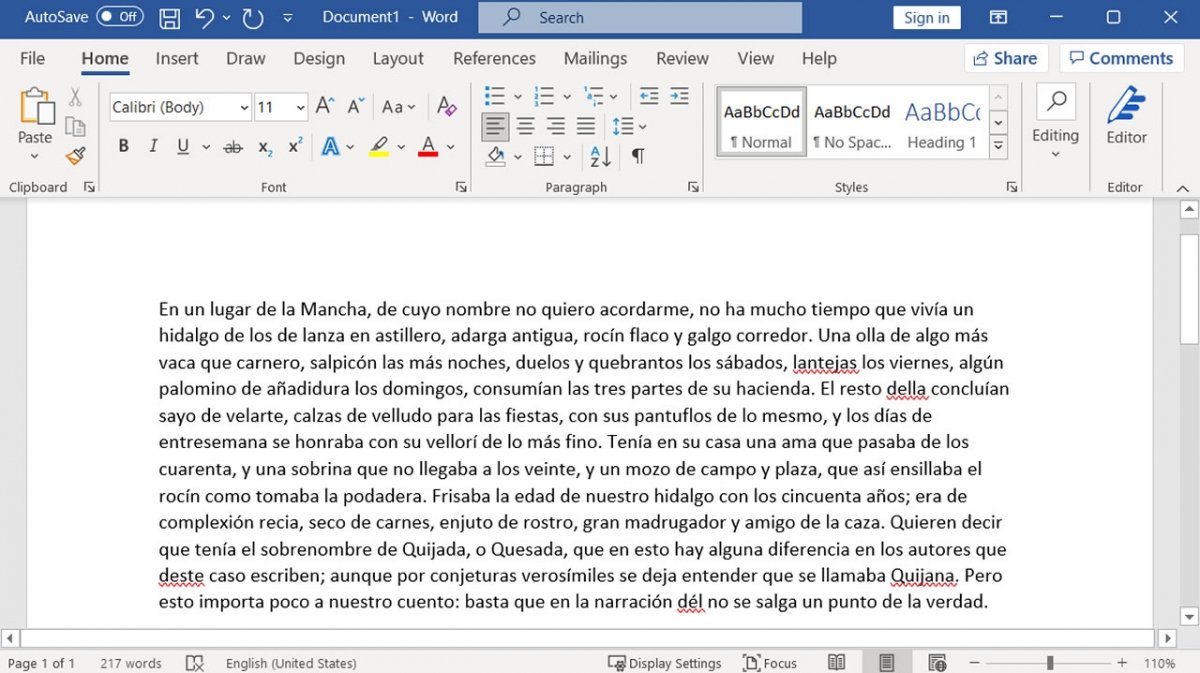 Open the Word document with the text you want to translate

With the Word document already on screen, go to the Review menu. 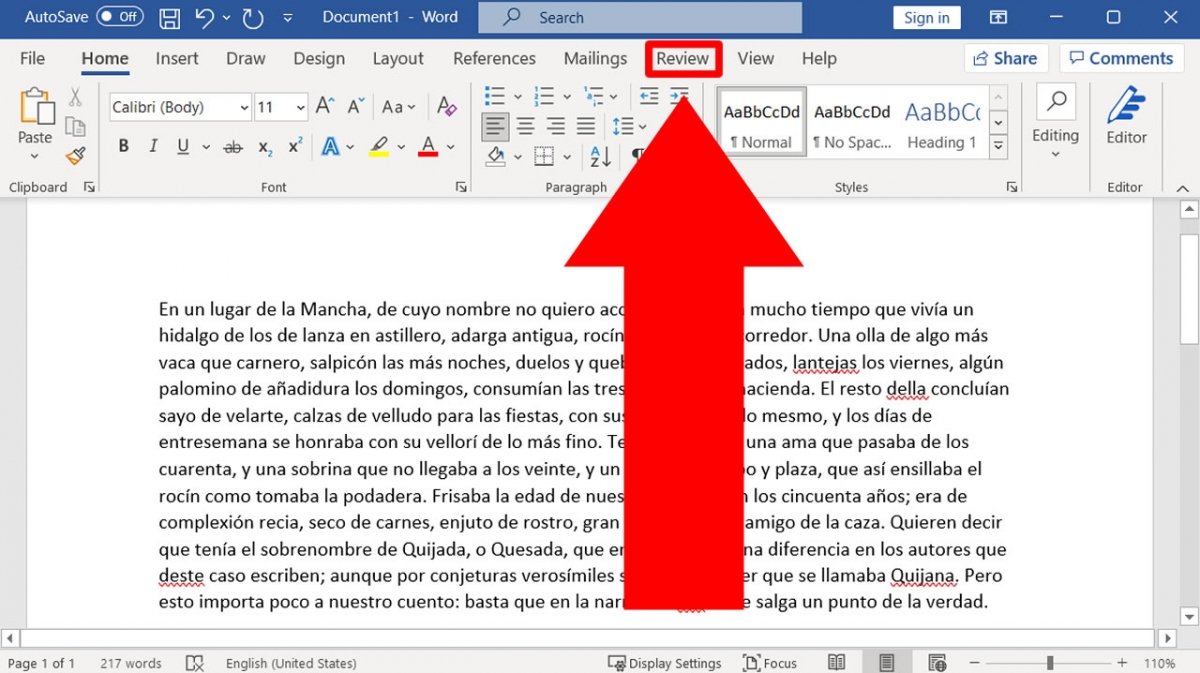 In the Word document, go to the Review tab

If you are not going to translate the whole document, but only a part of it, you should select what you want to translate. The next step is to click on the Language button.

Several options will be displayed, you must click on Translate.

Two options will be displayed: Translate Document and Translate Selection. Choose the one you need. 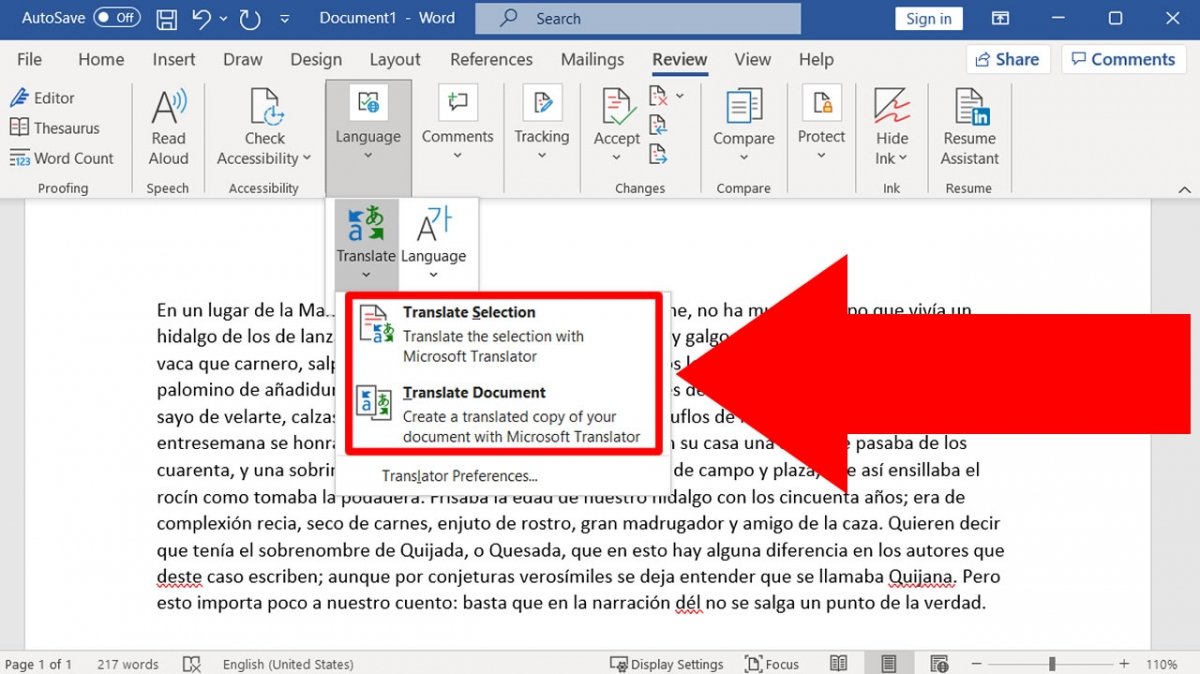 Choose Translate Selection or Translate Document according to your needs

A menu will now appear in the right margin of the document. It shows the source language (From) and the target language (To). In Del, you can leave it on Auto-detect. Unless there are many words in different languages, it should recognize the language of the text. In A, you must select the language you want to translate to. 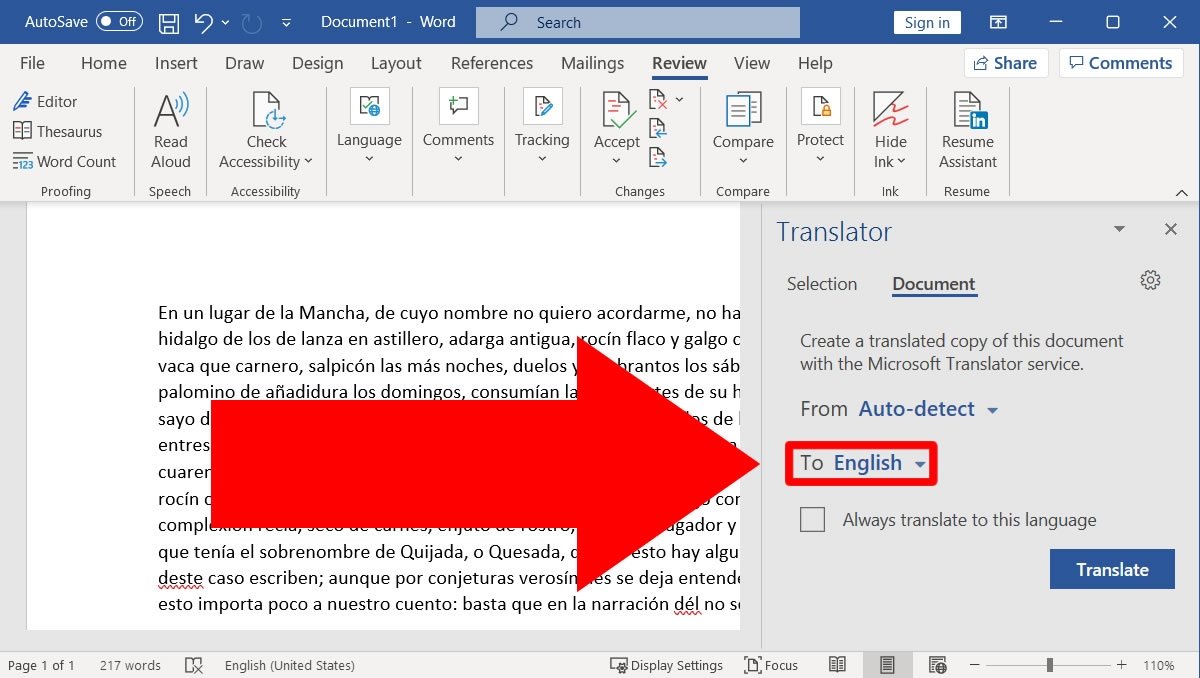 Choose the target language of your translation

In our example, we will automatically translate the first paragraph of Don Quixote from the Spanish version into English. After selecting the English language, all that remains is to click on Translate. 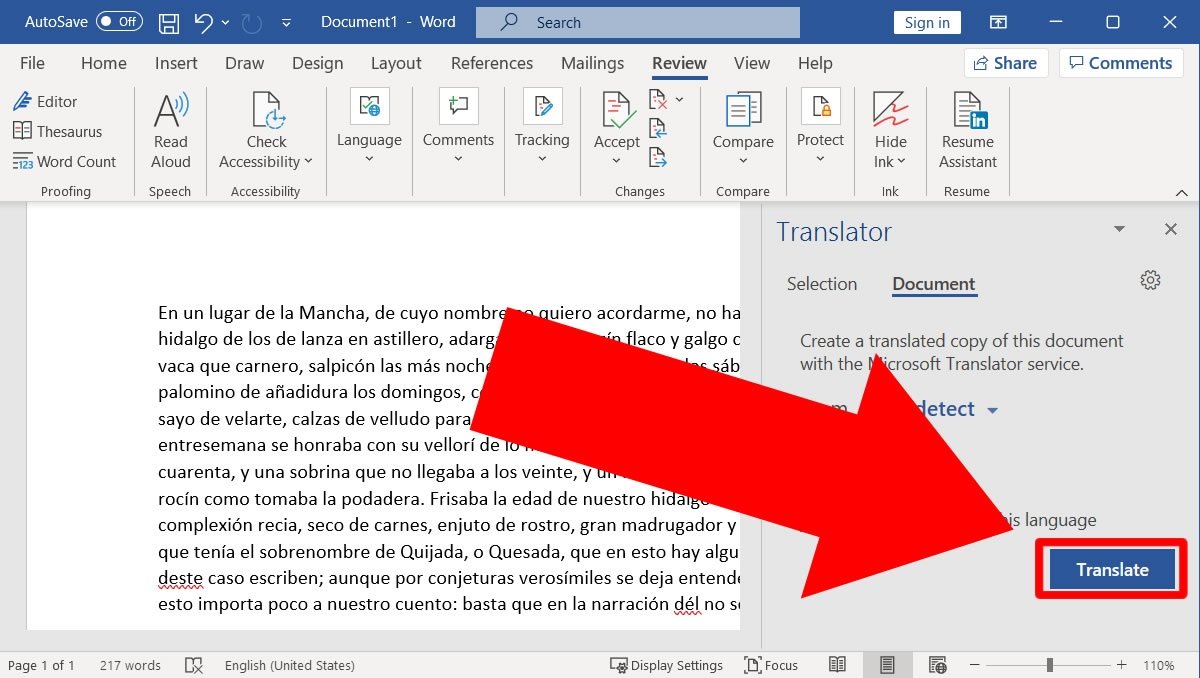 Press Translate for Word to translate the text

In a few moments, the document will be translated. 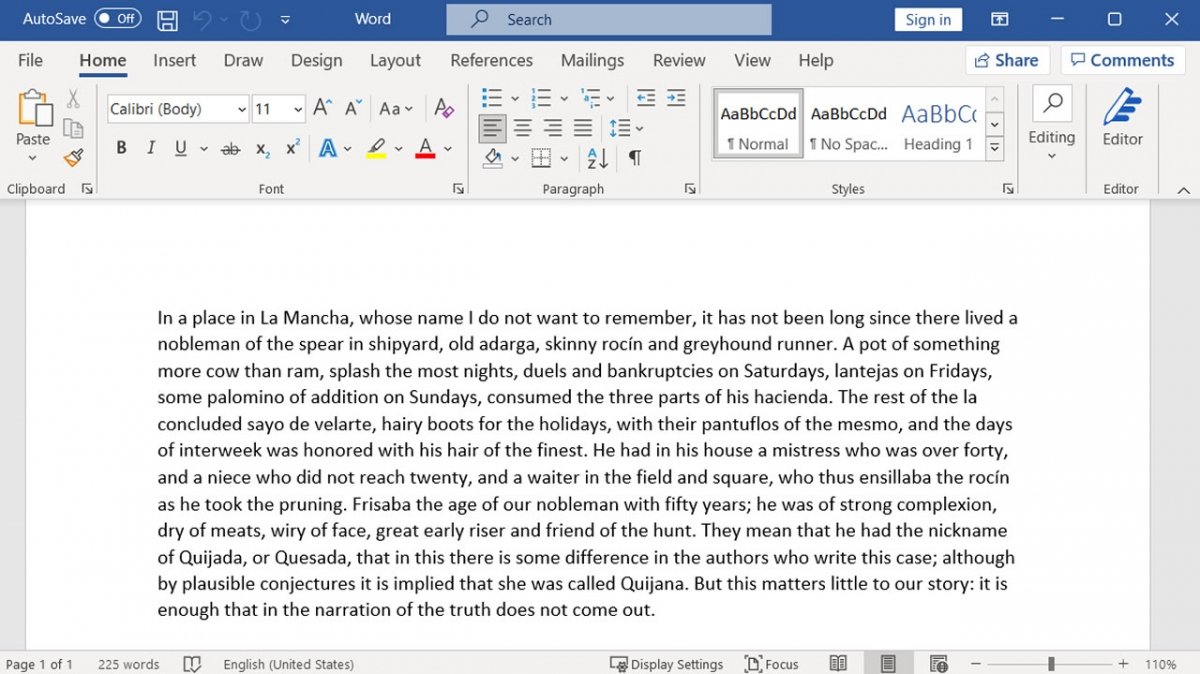 Keep in mind that despite the technological advances, translators are still not perfect. Many grammatical and spelling exceptions will not be considered. However, translators are particularly well trained in the translation of texts between widely spoken languages, such as English and Spanish.