2.6.0 In Mortal Kombat X you'll enjoy extreme combats with your favorite characters and other ones brought to the saga. Create your team of brave warriors
8/10 (30 Votes)
Download 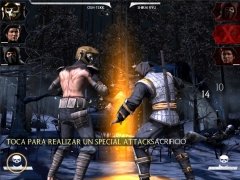 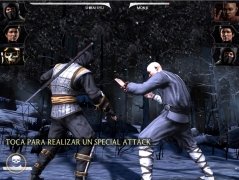 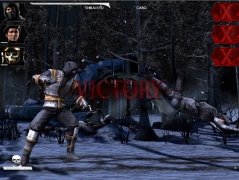 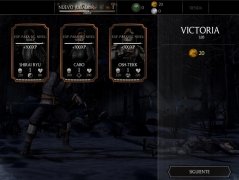 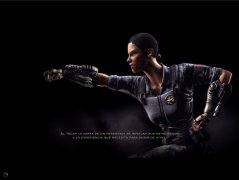 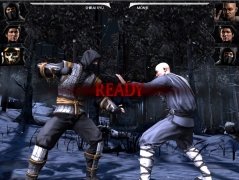 The Mortal Kombat franchise is well-known by gamers from all age groups. Since 1992, over 20 different titles have been launched, including sequels, updates and expansions. Among the latter, as well as the classic fighting saga that follows the number series, we also find action and adventure games.

One of the most popular fighting games.

Mortal Kombat X follows suit to extreme violence games with fights in which popular characters like Scorpion and Sub-Zero take part, as well as other new ones like D'Vorah, Cassie Cage, Kotal Khan and Kung Jin.

The most intense Mortal Kombat

In this version of the game, you'll face up to the events that happen 25 years after Mortal Kombat 9, when Shinnok attacks the Earth. Your target is to create your team of relentless warriors, each one with 3 different fighting styles to choose from.

This game stands out for its high-quality graphics and its relative simplicity. Unlike previous versions, the gameplay isn't limited to fights, but also incorporates details from collectible card games. On the other hand, this title turns out to be really interesting due to its greater interaction, with unique conversations for each character.

Antony Peel
Warner Bros. Entertainment Inc.
Over a year ago
More than a year ago
1.3 GB

Casual game about making a ball descend down a helix

Version of The Sims for iOS mobile devices

Mortal Kombat X Android 3.7.1
Other languages
We use our own and third-party cookies for advertising, session, analytic, and social network purposes. Any action other than blocking them or the express request of the service associated to the cookie in question, involves providing your consent to their use. Check our Privacy Policy.