2.1.5 MotoGP Racing 2017 Championship Quest is a motorbike game in which you'll compete on the tracks of the MotoGP world championship with all its riders
8/10 (5 Votes)
Download 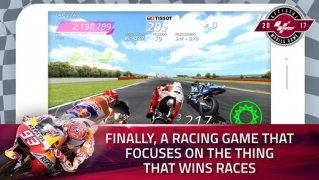 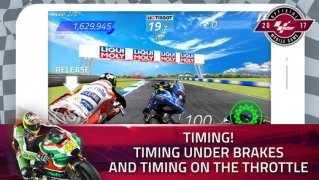 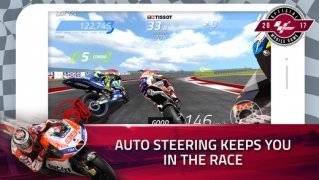 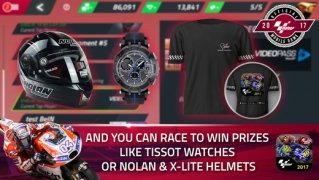 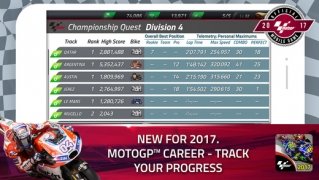 The MotoGP world championship has its official game. It goes by the name of MotoGP Racing 2017 Championship Quest and it's a simulator in which you can race around the tracks of the circuits on the official Grand Prix calendar and that have been recreated with the slightest details.

We're talking about a motorbike racing game with very realistic tracks such as Qatar, Jerez, Catalonia, Assen, Brno... they're all available so that you can emulate your favorite riders of the likes of Rossi, Viñales, Pedrosa, Lorenzo o Márquez. And it's really easy to control because you only need to accelerate and brake, although you'll have to learn how to combine both controls to improve your driving experience, especially at the start of each race or turning into curves without wasting any time.

The official game of the MotoGP world championsip: perfect for fans.

The game offers us the following features, that are also present in its Android version in APK format:

So if you're one of those motorbike fans that always watch the races on TV and knows all the schedules and standings off by heart, you can't miss out on the chance of downloading the MotogGP 2017 game for free.

MotoGP Racing '21 Android 4.0.8
Other languages
We use our own and third-party cookies for advertising, session, analytic, and social network purposes. Any action other than blocking them or the express request of the service associated to the cookie in question, involves providing your consent to their use. Check our Privacy Policy.