NetCut is a tool for Windows PCs to help you to protect your WiFi network detecting any intruder that may have accessed it by IP, device or MAC address 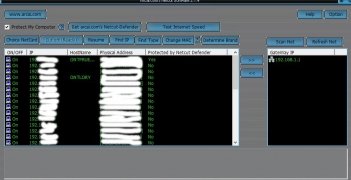 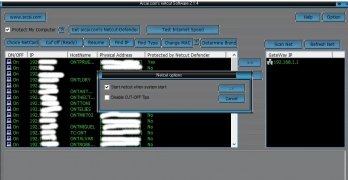 Discover intruders on your WiFi network

As you already know, there are quite a few users out there that are very keen on penetrating private WiFi networks. Some people do it to save data or money on their own Internet bill, but others do so to steal data and private information.

If you suspect that somebody could by snooping around your wireless network or you simply want to take preventive measures, NetCut is a tool that will help you to protect yourself. It's capable of detecting network intruders by IP, MAC or physical address, and device name.

Now that you know what it is, we'll tell you what you can use it for:

The interface of this version 2.1.4 doesn't go too well with the graphical aspect of Windows 7, 8 or 10. In fact, it doesn't even match Windows XP since it's more similar to Windows 95. However, you won't want it because of its beauty but due to its efficient functions to manage our WiFi network and protect it against anyone that wishes to connect to it without permission. We also have to admit that we'll find all its options just a few clicks away on a clear interface.

This program also has a version in APK format for Android that allows us to carry out similar functions from a smartphone or tablet. However, we'll have to be the root user to be able to make the most of it.