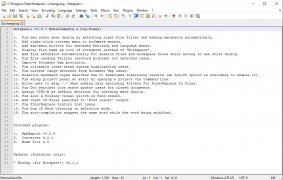 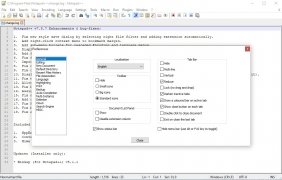 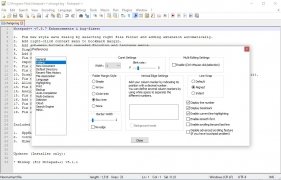 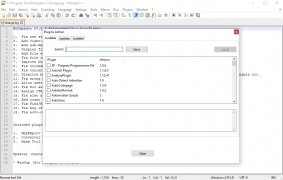 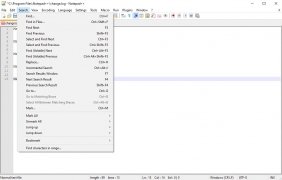 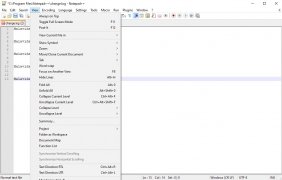 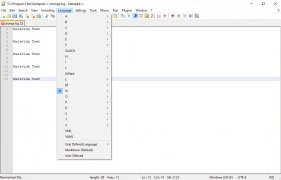 Just in case you didn't know, although you probably imagined it, software developers and coders don't use pen and paper to write the lines of code that are part of their programs but implement them by means of code editors, basically text editors that are specifically designed to be able to write, modify, and edit the source code of an application.

There are loads of code editors out there such as Atom, jEdit, Eclipse, Sublime Text or Emacs, to just name a few, some of which are integrated into development environments, but one of the most popular ones is definitely Notepad++, an all-in-one code editor and notepad that the developers that work in Windows environments love.

Which one's better? Notepad++ or Sublime Text? That's up to you.

It's an open-source code that was initially released in 2003 by Don Ho and that's now distributed under GNU public license for computers equipped with Microsoft's operating system, although not for Mac or Linux. However, you can always make it run on any kind of distro of the likes of Ubuntu by means of Wine, although that's probably not necessary taking into account that these systems have their own native editors.

Notepad Plus Plus is definitely one of the most long-lasting and versatile code editors on the market that currently comes along with the following functions and features:

This open-source project was originally hosted on SourceForge, from there it was moved to TuxFamily, and later in 2015, it landed on GitHub where it remains today. In any case, you can download both the 32 and 64-bit version from its official website, where you can also make donations to contribute towards its development, or right here at Malavida.

What development languages does it support?

We might get this question over and done with quicker if you were to ask about the languages it isn't compatible with. When we call it a multi-language code editor, that multi doesn't refer to two or three languages but rather two or three dozens. C, C++, C#, Java, Fortran, COBOL, Python, Pascal, Perl, or PHP are just a few of the languages supported.