Thanks to Pelis Magnet you can watch movies and series online and for free on your Android phone without having to download anything: it works with torrents 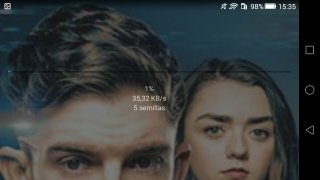 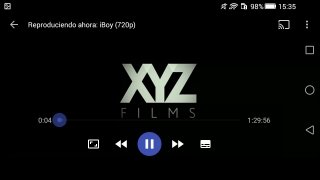 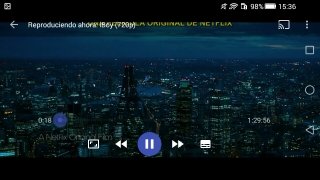 The arrival of Netflix, HBO or Amazon Prime Video, as well as other TV platforms via streaming, have popularized the consumption of online movies and series on demand, by means of paying very affordable monthly flat rates. But some people prefer the illegal side of this industry, mainly because they're like Mr. Pink from Reservoir Dogs and they don't believe in paying for something they can get for free.

Well, we're not going to open a debate about the fact the only way to perpetuate the production of music, movies, books, and general culture is to pay for them (regardless of what artists and creators already earn), and we're just going to introduce you to Pelis Magnet, a great alternative Popcorn Time and Stremio.

Movies, series, and the latest releases for free and on demand

This is the Android version of the app that you can already download for Windows and Android TV, but not yet for iPhone (in an SH file, of course) or Mac. The APK offers us access to the application that uses the source code of Popcorn Time to provide us with an unlimited amount of audiovisual content that can be watched for free and in high-quality video.

As easy as choosing the episode or film and waiting for a couple of seconds for it to start playing.

You probably know the web on which the app is based, pelismag.net, and here you'll find exactly the same features and functions that you'll come across in its client for Windows PCs:

You might have decided to stay in this evening to chill out on your sofa and forget about the rest of the world while you watch the latest episode of your favorite series: Narcos, Stranger Things, Westworld, Game of Thrones. You've pressed Play but Pelismagent isn't working. That's probably because the server is down. What can you do? Well, you either wait patiently until it's fixed, use an app of the competition (although this is one of the best alternatives to Pordede for when it's offline) or simply pay for any of the legal services mentioned in the first paragraph of this review.