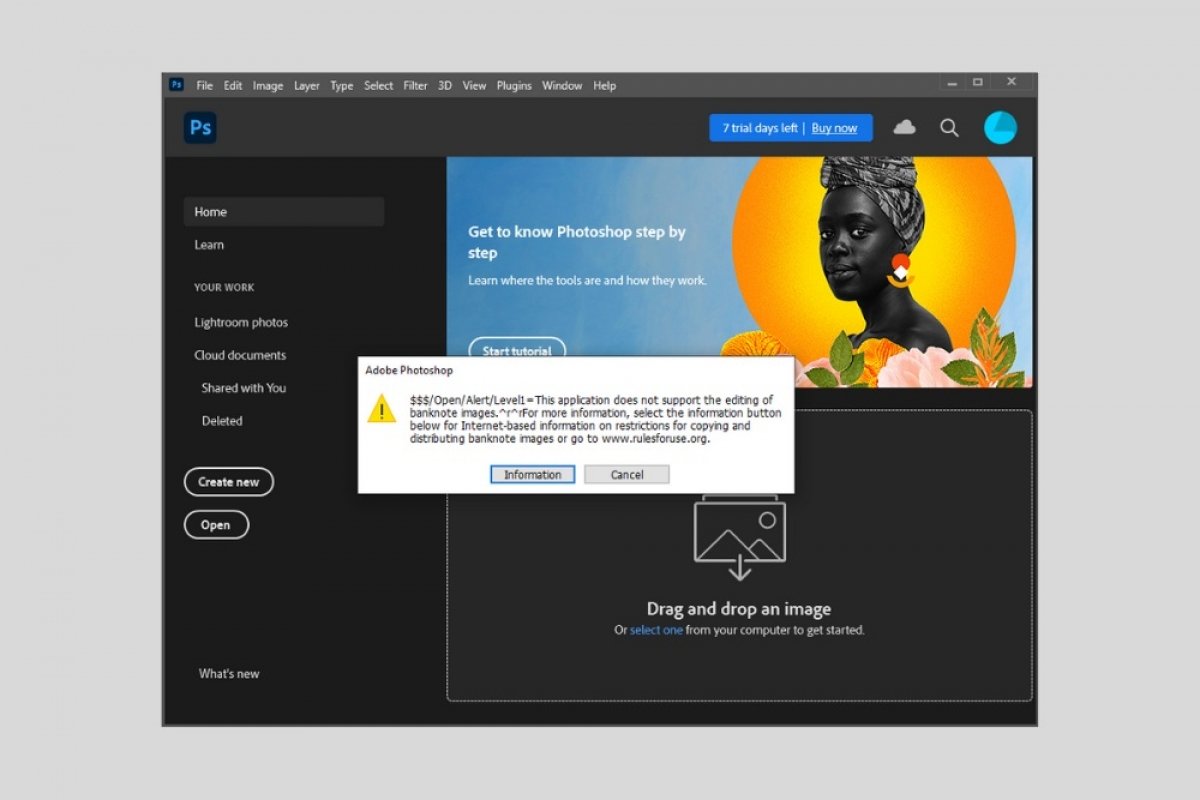 WhatsApp Share Tweet Send
If you have ever tried to edit a file containing the image of a banknote, you will have noticed that Photoshop does not let the user do so. Here we explain the reason

If you have ever tried to edit a banknote image in Photoshop, you probably encountered an error message that prevented you from doing so. The notice is very similar to the one you see in the cover image. The main reason why this action is prohibited is the inclusion of the Counterfeit Detection System (CDS) in this and other image editing programs.

What if a user needs to use banknotes in an illustration or a photo idea? If you look at the image above, this same organization has launched a website where you can obtain high-resolution illustrations of the banknotes of various currencies, such as the Euro, Dollar, Yen, Pound, or the Swiss Franc. Obviously, you can apply for these resources completely free of charge, although you must provide several pieces of information, such as your name, your main activity, the company you work for, or information about the project in which the resources are going to be used. Requirements may vary depending on the currency.

Finally, it should be noted that this system is not infallible. Typically, the CDS detects images of banknotes that have a good resolution. On the other hand, if low-quality files are imported, there is little chance of an alarm being triggered.