Download RetroVaders free, a remake of the classic Space Invaders that will trap you. RetroVaders is based on the original and play the Atari 2600 game 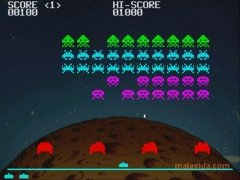 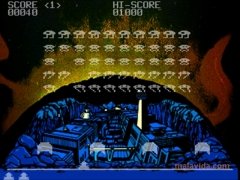 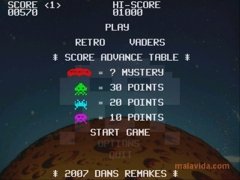 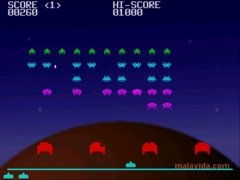 Space Invaders revolutionized the video gaming world in 1978, becoming one of the first titles in which the player had to shoot against a moving enemy, while they avoided their enemies attacks. It used 4-bit graphics and was very addictive due in great part to the game system that it proposed, which was totally new in comparison with earlier games.

The greatest space invaders for PC

Now we can rediscover this classic thanks to RetroVaders. It is a remake that perfectly emulates the original as well as the version that was made later for the Atari 2600 in 1980 (becoming the first-ever “killer app”), making this something ideal for nostalgic players.

Its controls are extremely simple, only requiring the use of three buttons, something that makes the game as addictive as it used to be, or even more because it is no longer to spend money on a video arcade machine to be able to play.If you are a nostalgic player that loves mythic games like Pong, PacMan, and Asteroids, and you want to enjoy another great classic anew, download RetroVaders now.

Scott McLure
Dan´s Remakes
Over a year ago
More than a year ago
1.1 MB