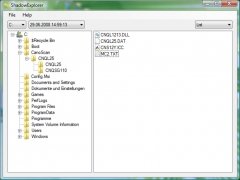 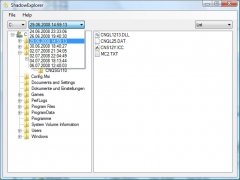 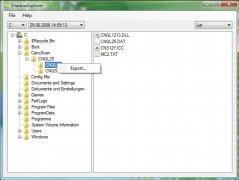 Shadow copies are the copies of the files that are stored during the creation process of a system Restore Point, and in general there is only one per file. The problem is that users of the Home version of Windows don't have access to these backups without restoring the full system. But now thanks to ShadowExplorer it will no longer be so.

Recover only the files that you really need

Once you start using ShadowExplorer you will no longer require to restore the full system to be able to recover an old copy of a file, because by simply opening the program you will be able to access all the files that have been saved as part of a restore point.

The process will be as simple as selecting the file that you want to recover, open the context menu and export it to the desired location. Therefore, you will have the possibility to access only the files that you require, without having to restore everything.

You also have to take into account that ShadowExplorer can only be used to recover specific files, and that it shouldn't be used as a life insurance, because if anything were to happen to the hard drive on which the file that you want to recover was stored, it is probable that the shadow copy won't be accessible either.

Antony Peel
ShadowExplorer.com
Over a year ago
More than a year ago
947 KB