Solitaire Well is the game for the great enthusiasts of the solitaire game. Solitaire Wall offers more than four thousand million different hands to play 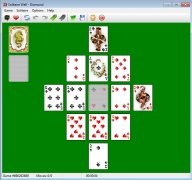 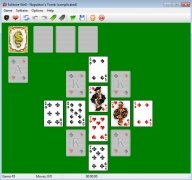 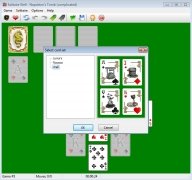 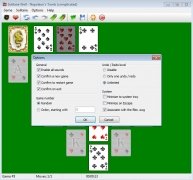 If you really like card games try to download Solitaire Well. This is the game indicated for all those people that are enthusiasts of classic card games similar to solitaire, because it has many features in comparison to those offered by similar computer games.

In Solitaire Well you will have access to the Diamond and Napoleon's Tomb variants of the game, with three versions of the latter: simple, classic and complicated. Thus you will be able to have a good time despite the fact that you will have to pay special attention if you want to end up winning.

Designed by and for players

The technical adjustments of Solitaire Well are designed based on observations that have been made by fans of this type of game, with a simple interface that makes it easy to handle and provides the possibility to undo and redo actions. As a player you will be able to find suggestions whilst playing, thus making it more comfortable to play but without eliminating the complexity of this exciting game.

Play with Solitaire Well and have a good time while you train your memory and concentration.

Antony Peel
GranderSoft
Over a year ago
This year
1.9 MB