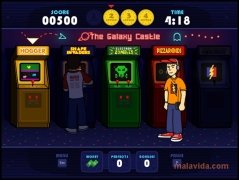 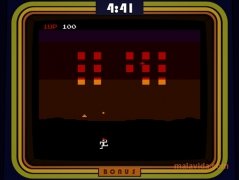 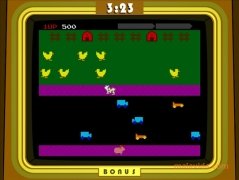 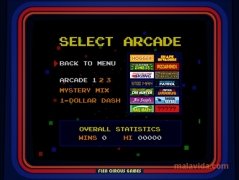 Totally Tiny Arcade will be a great discovery for many nostalgic people, because it is a virtual video game arcade in which we will be able to enjoy many of the classic titles of the '70s and the '80s, in such a way that is will seem as if we have gone back in time.

Remember those classic video game arcades of the '80s

The game gathers in one interface versions of PacMan, Space Invaders, Asteroids and Frogger, together with many more. It has three different game modes: one in which you will have to overcome the maximum amount of levels as possible in each of the three video arcades, another in which we will have to complete a series of random levels and the last mode, in which we will be able to play freely on each title included in the collection.

The graphics are in 8 bits and, due to this, they maintain the essence of the original games. What's more, the soundtrack will introduce you to an environment that is ideal to enjoy these titles.

It is possible to configure a joystick to control the games, although due to the simplicity of the controls, it can be played perfectly using the arrow keys and the spacebar.