uTorrent is the P2P client par excellence to download torrents for free to your computer to be able to enjoy the best movies, TV series and music at present 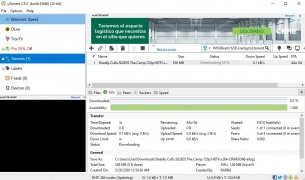 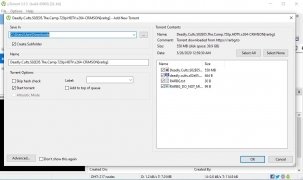 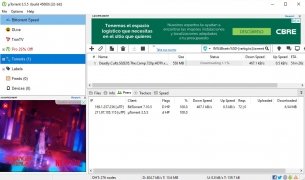 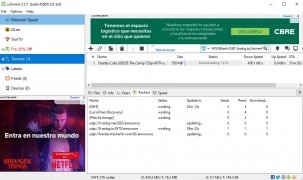 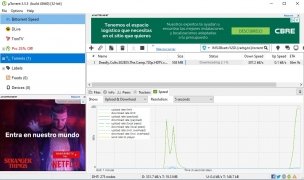 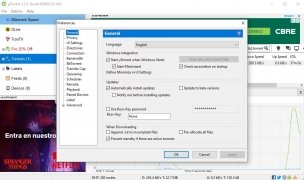 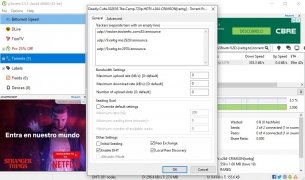 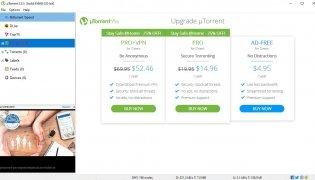 Every year we download fewer contents to our computer: the technological evolution has led music consumption to turn towards streaming thanks to services like Spotify, instead of MP3 downloads, and the viewing of movies and series to video-on-demand, with Netflix as the leader in the sector, instead of downloading them to our PC. But that doesn't mean that downloads are dead. Mainly because not all artists are available on the Swedish music service, and secondly because not all our favorite series are available on Netflix. Just like at Game of Thrones, for instance.

The king of P2P downloads.

Therefore, nobody should be surprised that we continue downloading contents to our PC, despite not doing it so often, and one of the best methods is definitely using the BitTorrent protocol for the exchange of files peer-to-peer or P2P. And although this protocol has its own official download client, uTorrent is an all-time favorite to download all sorts of videos, audios, documents, eBooks, and software to computers.

uTorrent or BitTorrent? What's the difference?

Despite the fact that we've just told you that muTorrent, which how it should really be pronounced, is absolutely fantastic and you're probably thinking that it's much better than the official app to download torrents to Windows, that isn't totally true. Some people still say that this client is lighter and helps downloads to be completed quicker, but we have to say that since 2006 both desktop applications are developed in parallel by the same company, and it's hard to believe that in the case of favoring one development over the other they would put their money on the software that doesn't carry their name. Despite not showing any clear differences, the program created by Ludvig Strigeus still has many more fans.

uTorrent Pro for the most demanding users

Everything we've told you up to this point is regarding the program's free version. But if you're fed up of having to put up with the more or less invasive adverts offered, you can always go for the Ad-Free version for the price of 5 dollars a year.

Forget about bothersome adverts while downloading.

Furthermore, if you haven't got enough with removing the ads, you can always subscribe to the Pro edition for 20 dollars a year, to enjoy many different features: no adverts, instant preview of torrents while downloading, antivirus protection and access to new functions before anyone else.

That's the question that many users ask themselves: how to optimize the download speed of torrents? Exploring the web you'll find plenty of tutorials that will tell you to open this or the other port, adjust the bandwidth limiting the upload speed and configuring the download queue with this or the other number of simultaneous downloads. The truth is that we have to take into account a series of details that will help us to download faster, but without exaggerating with everything we read on the Internet:

uTorrent or BitTorrent: Comparison and differences

The Torrent download protocol lets you download all types of files easily and quickly. Two of the most popular torrent download managers are uTorrent and BitTorrent. If you are wondering which one to use, in this article, we compare them so you can make the right decision.

Setting up uTorrent to download faster is very easy. Actually, you will only have to adjust some values, as detailed below. First, open the uTorrent settings. You can do this with the key combination CTRL + P, or by pressing Options, and then, Preferences.

uTorrent Mac 1.8.7 (45548)
Other languages
We use our own and third-party cookies for advertising, session, analytic, and social network purposes. Any action other than blocking them or the express request of the service associated to the cookie in question, involves providing your consent to their use. Check our Privacy Policy.