To compress and decompress files on Windows, WinZip is one of the best tools at our reach. Its wide range of functions make it a very complete program 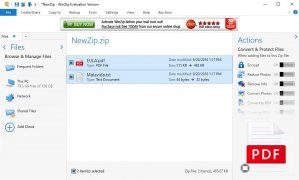 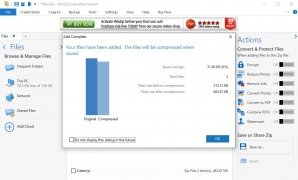 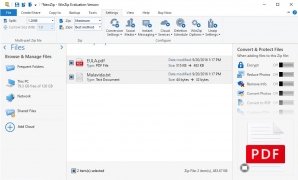 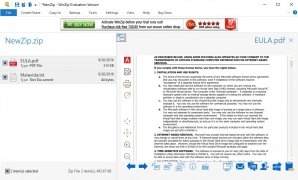 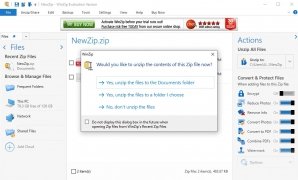 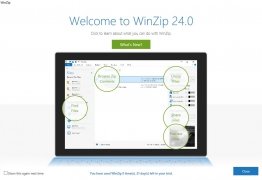 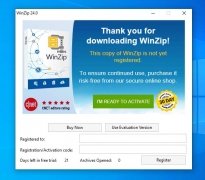 The most complete compression tool

The usefulness of compressing and decompressing files is beyond any doubt: on the one hand, it helps us to reduce their size, saving storage space, and on the other, it allows us to share it through different channels much easier, merging files into a single folder or protecting unauthorized accesses to any documents by compressing it with a password.

ZIP has become one of the most popular formats among PC users. To such an extent that Windows offers native compatibility. But if you're looking for a tool that allows you to work with format making the most of all its possibilities, there's not much thinking to do: WinZip, one of the most classic compressors.

Among its features, we can find functions of all kinds, not only aimed at compression and decompression but also other complementary features that simplify file management:

A program in constant evolution

WinZip has been offering us compression solutions for over two decades. That's why it has had to adapt to the changes and the evolution of domestic computers, offering us options that integrate with modern functions that were completely unknown back then. For instance, compatibility with other devices like Mac, Android, and iOS or improvements that affect our productivity, allowing us to use it in other apps such as Microsoft Office.

The options to share documents and files have also been improved, with special emphasis on the tools to send them online through other apps, especially with dedicated functions depending on the type of file.

128 and 256-bit AES encryption, the possibility to add watermarks, and the capacity to convert files to PDF are also functions offered by one of the most complete zipping and unzipping suites that we can download to Windows.