Using YOWhatsApp as a WhatsApp MOD isn’t complicated but if you need some help, don’t hesitate to take a look at our guide with tips and tricks for YoWA 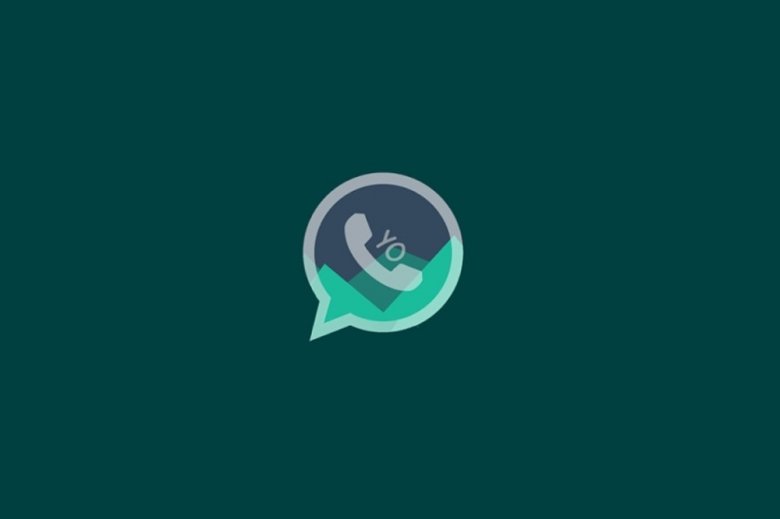 Whilst Facebook Inc. continues its meteoric rise towards the total domination of social networks and messaging applications, mainly supported by the purchase of WhatsApp Messenger back in February 2014, new MODs for this chat tool also continue to appear, trying to alleviate its shortages and improve its different functions and features.

Because WhatsApp is still far from being a perfect application. Back then it succeeded to bring in millions of users eager to have an app that let them send instant text messages without paying a cent, and it now manages to keep them an even increase its user base (the latest figures talk about 1.5 billion) because the mere fact of not having WhatsApp turns us into some kind of weirdo that becomes invisible to the rest of the world.

If it were only about functions and features, WhatsApp would have been surpassed time ago by other instant messaging alternatives of the likes of Telegram, LINE or WeChat but its ubiquity make it almost indestructible. For such reason, instead of switching to another communication tool with better and more complete options, many users stick to it but by means of modified clients or MODs that, up to a certain extent, manage to correct the sluggishness with which its official developers implement the most demanded updates on behalf of its users.

And one of the best WhatsApp MODs available for Android is this YOWhatsApp, developed by Yousef Al Basha, capable of competing against the most popular tools in this field such as WhatsApp Plus, GBWhatsApp or FMWhatsApp. It comes along with all the functions that we could expect in a tool of this nature, including privacy improvements such as the possibility to hide our online status, remove restrictions and limits when it comes to sending files, advanced security options to protect the access to the app and to certain chats by means of passwords and patterns, and the key function of this kind of MOD: the possibility to use the app for a second WhatsApp number on the same phone.

But one of the most noteworthy features of YoWA has to do with its aesthetic point of view as it offers us a well-cared design following Google’s Material Design guidelines and offers us the possibility to install and apply loads of different themes with which we can customize the app’s interface, organization and layout, being one of its differentiating aspects regarding other MODs.

Unfortunately, you’ll only be able to download the APK of YOWhatsApp from unofficial repositories and alternative stores of the likes of Malavida, as its developers never had permission on behalf of WhatsApp to use its source code. For such purpose, we’ll use these lines to explain everything you need to know about downloading, installing, and updating the app correctly, as well as to tell you all the details about its security and legality so that you know what to expect if you decide to use it.

Because it´s not one of a kind, as we mentioned above, in this guide full of tips and tricks we’ll also compare it to other similar MODs so that you can decide by yourself which one suits your needs the best. All the latter, supported by the opinion of editors that expertise in software who will break down its pros and cons and will offer you the best tips and advice to become a pro user of this app. And if you run into any trouble during its configuration or settings, don’t hesitate to ask us. We’ll be delighted to help you out.

Opinions about YOWhatsApp: pros and cons

The different opinions about using a MOD of the likes of YOWhatsApp vary according to its pros and cons and that are usually related with its customization options and functions incorporated regarding the official WhatsApp Messenger and, on the other, with the problems of using it. The editors of Malavida have given their opinion about this app:

YOWhatsApp or FMWhatsApp: comparison and differences

YOWhatsApp and FMWhatsApp are two MODs of the popular messaging app that have lots of things in common, we could say that they’re almost clones.

How to install YOWhatsApp

To be able to install YOWhatsApp, you have to go to WhatsApp oryour usual client and create backup of your conversations from Settings. That’s only if you want to keep them, of course.

How to use YOWhatsApp and how it works

YOWhatsApp’s interface is split into different sections or tabs that can be easily explored from the app’s upper section and swiping the screen left or right: Chats, Status, and Calls. This upper menu also offers us a camera on the left hand side. It’s a shortcut to the our device’s camera so we can take a photo or record a video and share it immediately with any of our contacts.

To the date, there’s no information about this app hiding malware or going against the users’ privacy in any possible manner. However, that doesn’t mean that YOWhatsApp is a 100% safe application. In fact, there’s no such thing as a software development that is 100% safe.

How to uninstall YOWhatsApp

To be able to uninstall YOWhatsApp, you simply need to carry out exactly the same process that you would do with any other application installed on your Android smartphone. In the first place, we recommend you to create a backup of your conversations on the instant messaging app. This process will allow you restore them if you later on decide to download and install the official WhatsApp Messenger or any other MOD. You can find this option in the app’s settings, being able to store the backup in your phone’s internal memory.

How to update YOWhatsApp

Updating YOWhatsApp isn’t carried out like the rest of the applications that we usually install through the Google Play Store. We’ll offer you several methods to update your app but before you start you should think about creating a backup of your conversations if you want to keep them, which you probably want to do. When updating, chats are usually kept but you’re better off being cautious.

YOWhatsApp or WhatsApp Plus: differences and comparison

YOWhatsApp and WhatsApp Plus are two of the best MODs around. The differences between them are minimal and almost unnoticeable and are mainly minor superficial and visual details such as the color of the icon in or apps menu. With regard to the functions available, they both offer us exactly the same. The truth is that almost all WhatsApp MODs are clones with minor differences.

What is YOWhatsApp and what's it for?

YOWhatsApp is a WhatsApp MOD that implements changes and improvements to the official application. It can be used to provide WhatsApp with extra functions. As a MOD of the original app, it’s a development based on its source code, but introducing different modifications. It’s similar to other developments of the likes of WhatsApp Plus, OGWhatsApp or GBWhatsApp, modifying aspects such as the user’s privacy, the interface’s aspect, and the limitations to the files to be sent through the app or the type of formats we can send.

Well, let’s see. You’re not going to get into any trouble for downloading and using it. However, although nobody’s seems to be too worried about prosecuting its users, that doesn’t mean that the developers of YOWhatsApp haven’t breached several intellectual property rights. Because software is also subject to this kind of law or didn’t you know that?