Zetanoid is a modern version in 3D of the classic arcade game Arkanoid. Download Zetanoid free on your computer to enjoy this great classic game again 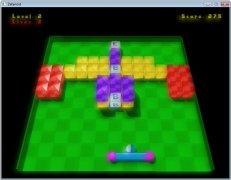 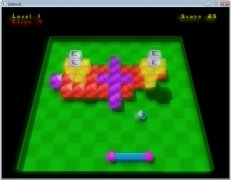 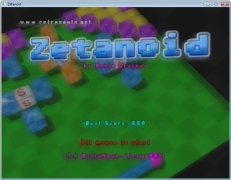 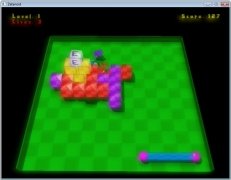 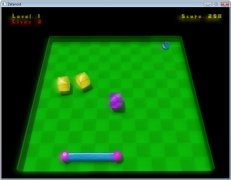 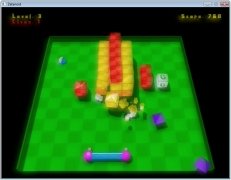 During the 80's one of the most successful arcade games was without any doubt, Arkanoid. A game that consisted in destroying all the bricks on the screen by making a ball rebound off a paddle and you will now be able to play it once again on your computer thanks to Zetanoid.

The most radical change that can be noticed in Zetanoid in comparison with the original game on which it is based is that it has substituted the bricks for 3D cubes, that can even be one on top of the other.

As in Arkanoid, in Zetanoid there are also cubes that provide different types of bonus to the player when they are destroyed, like for example, a cube that will make the paddle longer and another that will allow the player to shoot missiles to destroy cubes.

The purpose of the game is the same as in the original, you have to destroy all the cubes on the screen to be able to reach the next level of the game.

Zetanoid will allow you to play one of the most important games in history once again, download it now!