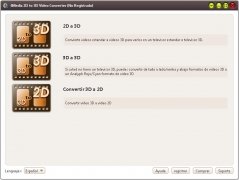 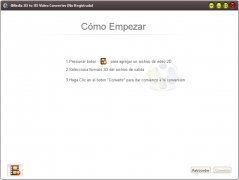 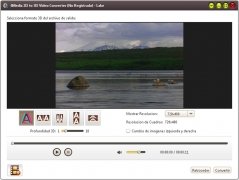 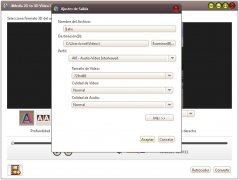 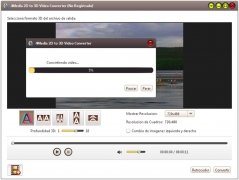 Over the years, many different techniques to recreate 3D have been attempted, but many of them turned out to be rather expensive, while others required complex broadcast systems, something that over time has changed. To such an extent, that with 4Media 2D to 3D Video Converter you'll be able to convert any video into a 3D film.

The options offered by 4Media 2D to 3D Video Converter are relatively clear, as you are able to create a stereoscopic 3D representation from a 2D video that the user will be able to enjoy on his/her computer's screen thanks to a pair of anaglyph red-cyan glasses.

And even though the stereoscopic representation is the most common, 4Media 2D to 3D Video Converter can also use polarized and layered 3D systems used by certain players on the market.

As well as this, it can also be used to convert 3D films that use other representation systems to the anaglyph format, and even convert any video that the user has stored in 3D into a conventional video file.

Once the type of conversion has been selected, 4Media 2D to 3D Video Converter allows you to carry out several modifications to specify the depth of the 3D effect, the final resolution of the video and the final format that will be used.

Therefore, if you want to watch your favorite videos in 3D you should simply download 4Media 2D to 3D Video Converter.

Antony Peel
4Media Software Studio
Over a year ago
This year
32.2 MB

All your videos in 3D

Play videos in three dimensions or convert your own

Transform your 2D videos into 3D