1.6.11.35 If you're looking for a Photoshop at everyone's reach with functions that are basically a copy of those, Affinity Photo is just what you need on your Mac
8/10 (12 Votes)
Download 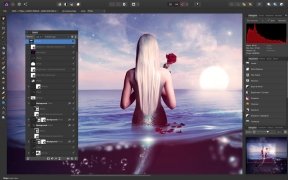 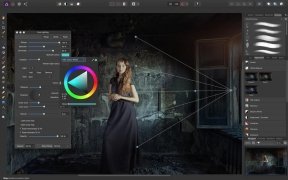 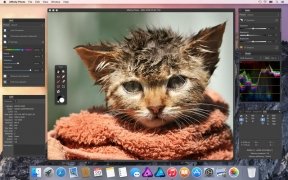 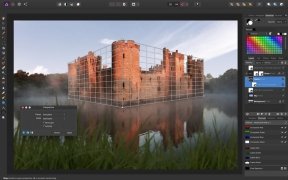 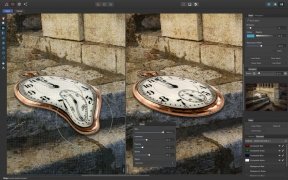 Everyone knows Photoshop, the photo editing tool par excellence, but we have to admit that it's slightly too much for some of us, both due to performance, as we don't know how to make the most of even 10 percent of its features, as well as due to price.

Now Serif has solved the second part of the problem by launching Affinity Photo for Mac OS X, an image editor much more affordable than Adobe's product, but with the same potential, that will allow us to carry out all sorts of enhancement and photo editing works.

Winner of the 2015 Apple Design Award.

Therefore, despite its low price and being known as the cheap Photoshop, you won't miss any of its professional features, as you'll be able to do almost the same as with Adobe's editor.

If you don't want to spend all your money on Photoshop, but you need to get hold of an equally professional photo editor, Affinity Photo is definitely the program you need on your Mac.

Affinity Photo PC 1.6.4
Other languages
We use our own and third-party cookies for advertising, session, analytic, and social network purposes. Any action other than blocking them or the express request of the service associated to the cookie in question, involves providing your consent to their use. Check our Privacy Policy.