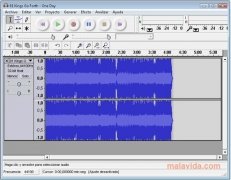 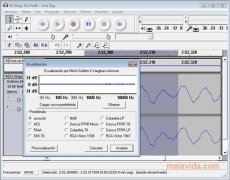 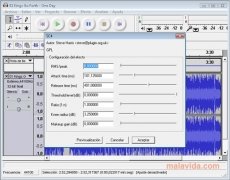 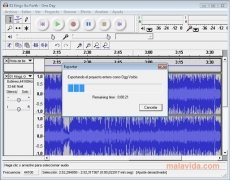 In case you don't know this brilliant software, here is a small compilation of its features: it's capable of recording audio from several sources, it digitizes cassettes and LPs without any problems, it easily allows you to easily edit, cut, copy, silence, crop, divide any audio file. To import WAV, AU, AIFF, Ogg Vorbis, MPEG, MP2 and MP3 files and export to WAV, MP3, AU, Ogg Vorbis and AIFF. And the best thing of all, Audacity Portable does all this without requiring you to install it.

The portable version of the popular audio recorder and editor

Portable applications are one of the trends with the greatest expansion in the world of computing as of late, due to the fact that they don't require installation, thus allowing the user to use it on any computer by storing it on a USB Flash drive, iPod or any other portable external storage device. This is very useful in the case of Audacity Portable, because it allows the user to be able to quickly edit any audio file on a computer by just having it stored on a pendrive.

Like all other applications by PortableApps, one of the features of Audacity Portable is the integration into the application suite and the launcher developed by the company, by means of which it's possible to have all the applications that are essential on a single pendrive ready to be launched.

Audacity Mac 3.0.4
Other languages
We use our own and third-party cookies for advertising, session, analytic, and social network purposes. Any action other than blocking them or the express request of the service associated to the cookie in question, involves providing your consent to their use. Check our Privacy Policy.