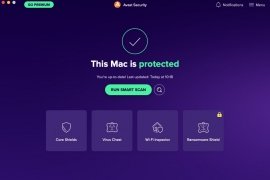 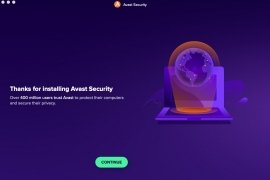 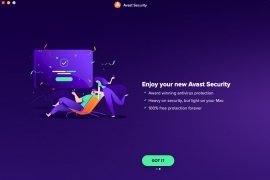 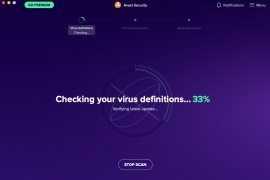 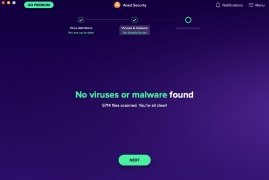 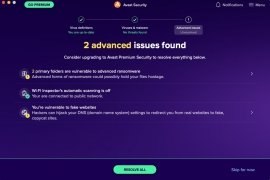 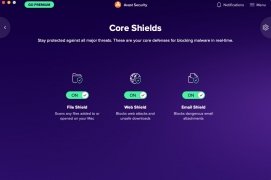 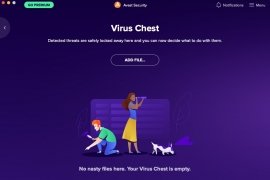 Doesn't matter what people say, they're wrong: a Mac also needs protection against malware such as viruses, phishing, frauds and other malicious programs. We know that these threats aren't only aimed at damaging the operating system but also at the theft of personal data for economic purposes. Then, why not download the best antivirus for Mac? Yes, that's Avast Free Mac Security Antivirus.

The best way to face the dangers of the Internet

You probably already know the versions of this program for Windows PCs. It's definitely the most used antivirus in the world with over 400 million users and that has also landed on mobile platforms like Android and its APK format. And it's so popular because it offers reliable protection for the average user, it doesn't demand too many resources and its functions can be managed very easily.

A guarantee against the most common and sophisticated threats we'll find while browsing the Internet.

One of the newest features included in Avast is called Nitro, a cloud management software for many of the functions of this security suite. With the latter, the intention is that part of the work is carried out online so that the computer doesn't overload and avoiding that it becomes sluggish.

It includes all the following features:

Another important aspect of this program is its price. Yes, it's totally free, without having to activate a serial number or anything similar. And when the database or any element needs to be upgraded, it takes care of searching and downloading the updates by itself.

Which is the best antivirus? Is it Avast?

Well, as we said before, it is. At least for normal users like you and me who aren't thinking about browsing the deep web or anything similar. Its over 400 million users and positive ratings are a guarantee.

Avast Mobile Security & Antivirus Android 6.45.1
Other languages
We use our own and third-party cookies for advertising, session, analytic, and social network purposes. Any action other than blocking them or the express request of the service associated to the cookie in question, involves providing your consent to their use. Check our Privacy Policy.