Secure your files by encrypting them with AxCrypt, a tool to protect your confidential information with the AES algorithm and make it indecipherable 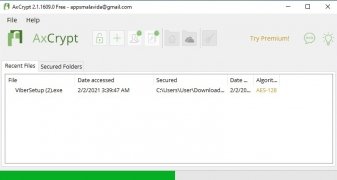 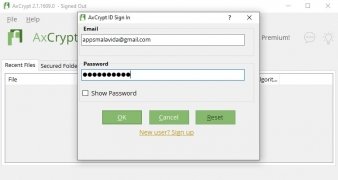 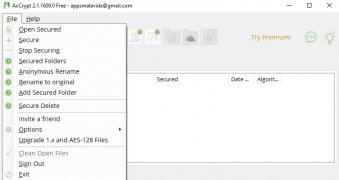 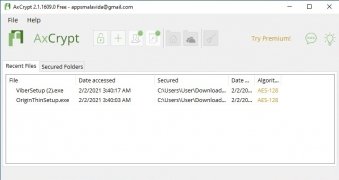 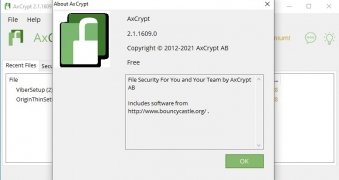 The AES encryption protocol is one of the most widely used in the world, and AxCrypt uses it. It is a secure system that can guarantee that any encrypted digital file reaches its recipient safe from unauthorized access.

Best encryption software for your PC

The 128-bit AES algorithm used by AxCrypt was implemented in 2001 after an arduous selection process promoted by the NIST (National Institute of Standards and Technology) that began with a public contest where 15 algorithms were received from industries, students, and any person or institution specializing in the area.

Four years later, the AES algorithm was approved, and in 2005, it was used by the US government for encryption. Anything encrypted with AES is totally secure, thus it is implemented in both home Wi-Fi connections and military transmissions.

After all these years, the software is still under development to offer great protection for our files and folders thanks to the following features:

With AxCrypt, we can use this advanced security algorithm to encrypt any file and achieve maximum security if we want to send it anywhere or simply save it on our PC in the safest possible way.

This is a 30-day trial Premium version so, after that time, the free version will only have some of the options mentioned above. Others such as AES-256 encryption, key sharing, and direct technical support, among other examples, will be lost.