Chess Magician is a program to play chess on the computer. Download Chess Magician and practice new movements that will allow you to increase your skill 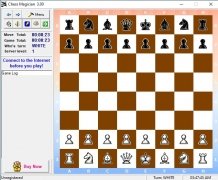 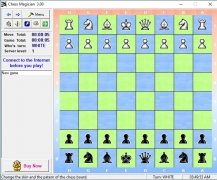 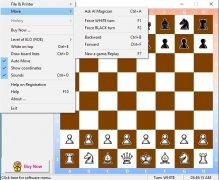 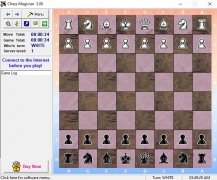 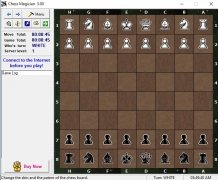 Chess is a thousand-year-old game that can help us to exercise our brain, as well as being very entertaining. Since the first computers were developed, it's no longer required to have two people available to play, because any user can decide to play against the PC, thus training all the movements that they know and improving their level.

One of the best chess games for PC

Chess Magician is a game that connects to a remote supercomputer over Internet, that will be our opponent. The game has a very curious assistant (a wizard) that will help us with our following movement if we don't know what to do.

This game is perfect for both newbies as well as experienced players, because it includes various difficulty levels, that can be configured during the game's development. With regard to the graphic aspect of the game, we must say that it doesn't have a design that is as attractive as other games of this genre, even though the game does include several skins to customize the chessboard.

If you're looking for a title that as well as assuring you a good time while playing chess, improves your game level, download and try out Chess Magician.