How are two MODs like FMWhatsApp and WhatsApp Plus similar and different? They are among the most popular and used MODs, but they are not exactly the same: we compare both apps and everything they can do 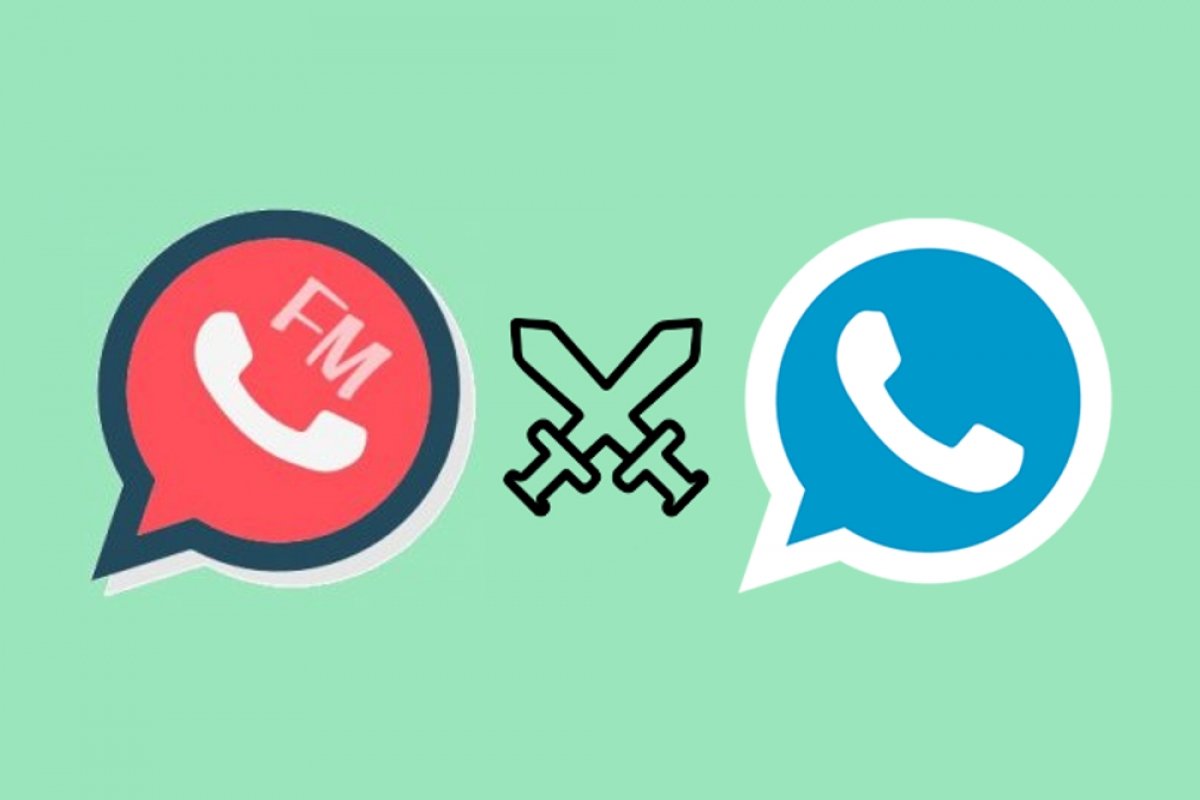 The interface of both apps is almost identical, except for the design of certain icons and the settings menu. This is where the interface changes the most, but only on an aesthetic level, and in terms of the organization of the menus, since the functions, as we will see later, are also nearly the same. 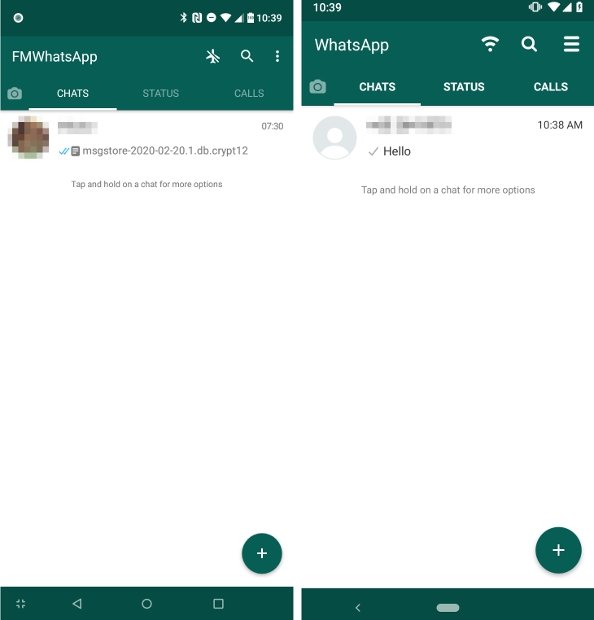 Chats tab in FMWhatsApp and WhatsApp Plus

Like all WhatsApp MODs, they both draw on the same repository of available skins, with just over 4000 options created and shared by the user's community. 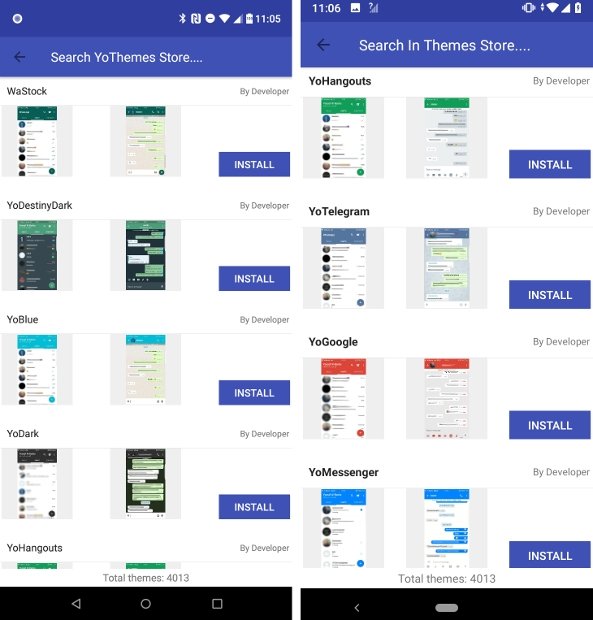 Both MODs offer the same number of visual themes

The specific interface settings that can be made are also very similar. Universal, toolbar and widget colors, and more. The styles of the notifications and the launcher icon are perhaps one of the few differences, as it is true that "FM" has a few more in both cases offering more variety to the user. 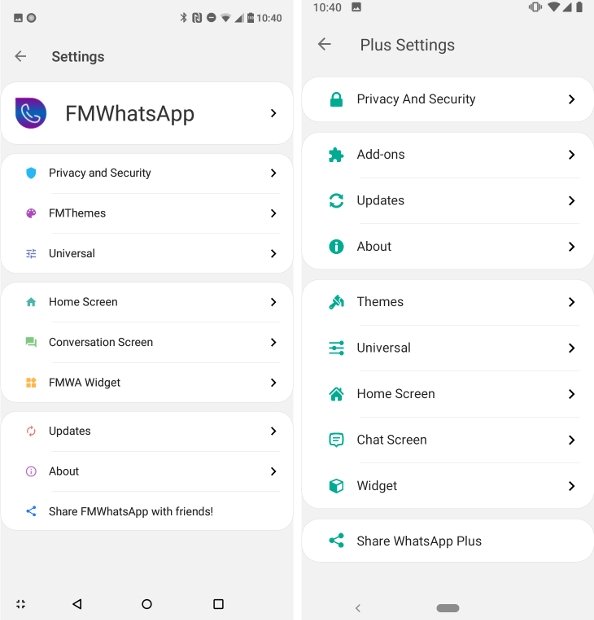 Options menu in both apps

Messages, calls, and status are functions present in both MODs. Both can also work in conjunction with other MODs or with the official app to chat from a second operating phone number, opening the door to using two WhatsApp accounts simultaneously on the same mobile. 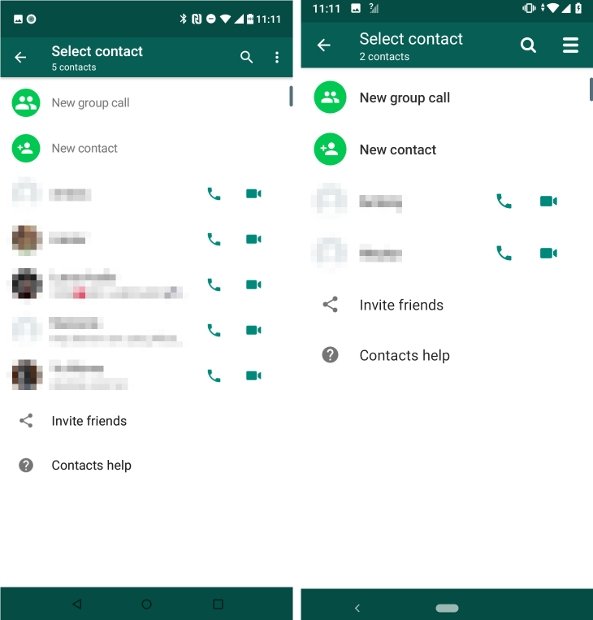 FMWhatsApp and WhatsApp Plus start from the same source, the official customer version, but have been developed by different people. It is common in the world of MODs for a single developer to have several apps of the same style that share appearance and functions beyond a name or logo change. However, in these two cases, we are dealing with apps created by different people. 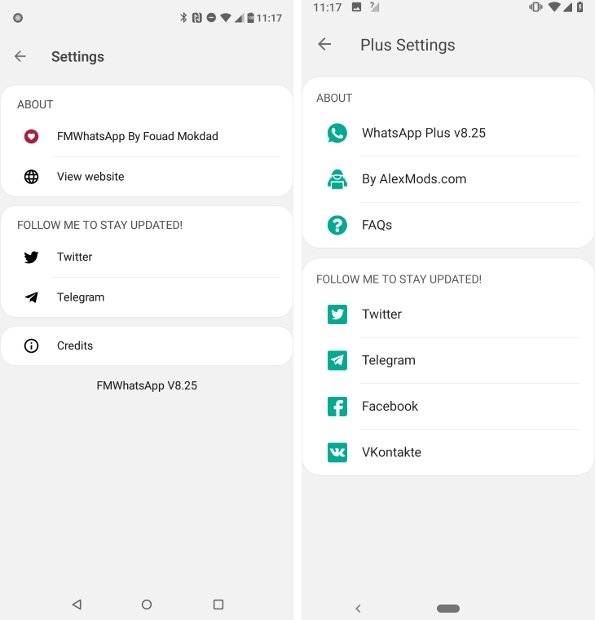 Fouad Mokdad is behind FMWhatsApp, AlexMods the developer of WhatsApp Plus

FM stands for Fouad Mokdad, the creator of FMWhatsApp. WhatsApp Plus is created by AlexMods, another popular MOD developer. For practical purposes, the differences are few, although they do have different ways for users to contact the MOD developer, moreover, it is a fact that both apps are differentiated through their different managers.

Hide the blue double-check mark? This feature exists is in both apps. Hide our last connection time? Also covered. Spying on contact statuses without them knowing, or seeing those stories deleted? Also checked. In terms of security, all MODs try to implement as many options as possible as these features are what they are claiming from the official developer. Both FMWhatsApp and WhatsApp Plus include these options. 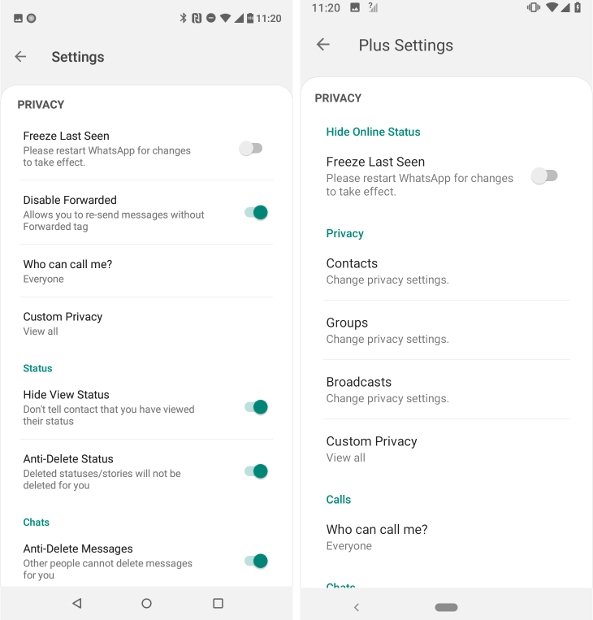 The privacy options are the same but in a different order

Both also have the function to block chats by different methods, such as PIN numbers or a keypad pattern. 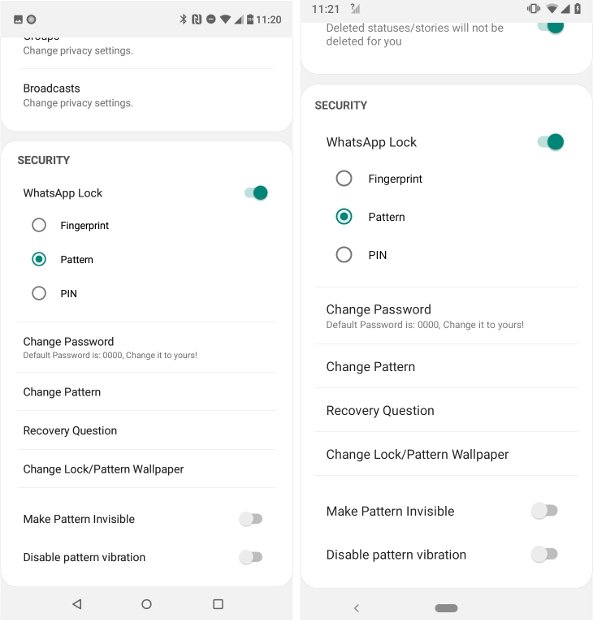 You can block the access to chats in both apps

As far as compatible multimedia files are concerned, their size and other related options are not very remarkable since, as you can imagine, both apps let you do nearly the same thing. The multimedia section is not really relevant when choosing between the two apps. 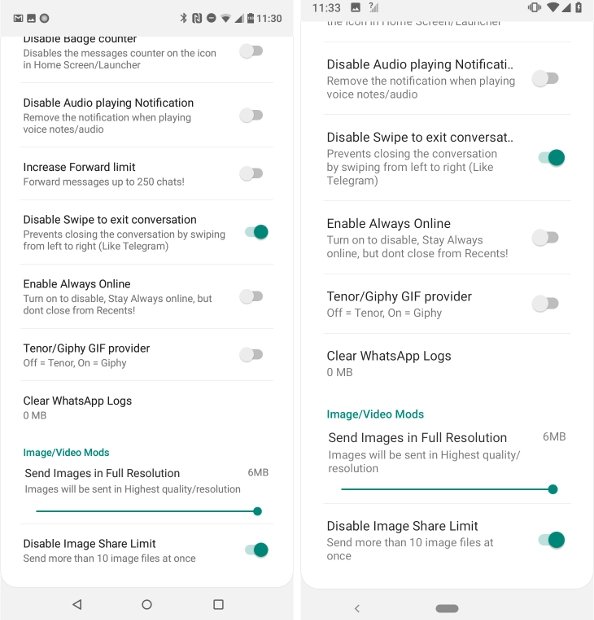 Some of the multimedia options available in both MODs

Which one to choose? In our opinion, you might want to go for FMWhatsApp, as it offers some more customization options. In any case, the differences are almost non-existent, even when talking about the problems and failures, because with both apps, you are at risk of being banned for using an unofficial app and neither of them lets you save the backups on Google Drive, it is only possible to do it locally by managing them later manually. Either one will bring you advantages and risks over the official client.