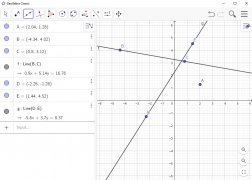 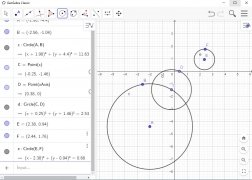 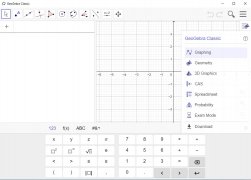 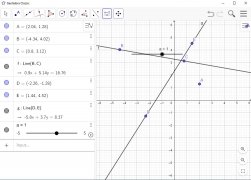 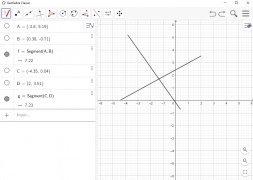 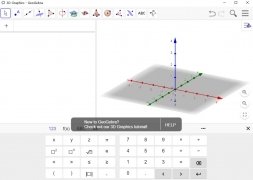 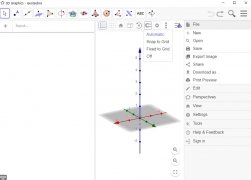 Mathematics is one of the hardest subjects at school as you probably know. Almost all students of all levels have had problems with maths at some point. On some occasions, it's simply due to the wrong approximation to the subject, but having the correct resources could help to overcome this obstacle. GeoGebra is precisely a software designed to contribute towards teaching this science, adapted to all levels and that gathers different functions on the same easy-to-use interface.

To talk about its origin, we have to go back to the year 2001, with the first version of the app developed by Markus Hohenwarter. He believed in the development of an open-source project that any member of the educational community could download for free, provided that he or she didn't want to use it for a commercial purpose.

Later on, and thanks to different crowdfunding campaigns on platforms of the likes of Kickstarter, the software was launched as a desktop version for Mac, Windows PC (both as a standalone as well as an extension for Google Chome) and Linux, as well as a mobile version for Windows and Android tablets and iPad, and an APK for Android smartphones.

Supporting the teaching of maths

We can't forget that other sciences such as technology, engineering, computer science or physics are all based on maths. That's why it's so important that this program brings together different functions aimed at studying and learning about geometry, algebra or statistics.

It comes along with 6 different views that include all the study options and features that it's capable of offering:

Some of the features of this software can be somewhat complex, it obviously depends on the level at which you're working. That's why it's always handy to get hold of any of the different official guides and tutorials to learn how to use it.

You can download it for free and in almost any language since it has a large user community that takes care of contributing to its translation. That's quite common in open-source projects such as this one so you shouldn't have to worry about how much it costs unless you want to use it for commercial purposes.