Hearthstone: Heroes of Warcraft brings you back to the World of Warcraft with its playing cards. Complete missions and unblock the heroes of Hearthstone 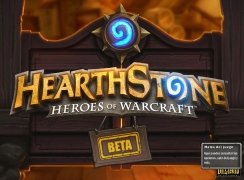 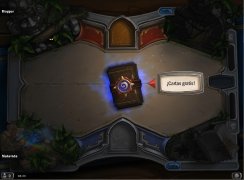 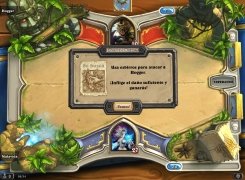 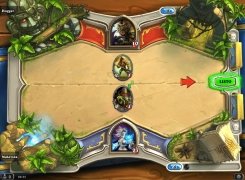 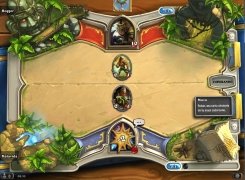 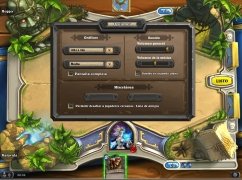 From the very first instalment of Warcraft back in 1994, many different versions about the magical universe created in this videogame have appeared over the years. The online card game couldn't be missing, and Hearthstone has been launched to fill this gap.

Progress along your path to reach the Arena mode

In Hearthstone you'll start playing the game with the help of a tutorial that, once you pass it, will allow you to get stuck into the real game. During the latter, you can unblock up to nine new characters equipped with special powers and skills, as you defeat them both in the Game mode and the Practice mode. If you beat them all, you'll be able to play the Arena mode, an all-against-all battle in which you can earn lucrative rewards. During the game you'll be assigned missions and achievements that will allow you to make progress and obtain rewards such as gold or special cards.

Use your cards depending on your needs at each moment

You have many different cards available, each one with its own features and mana cost. You'll find cards with special powers such as the Spell cards or the Rogue cards with attack and life points. To get hold of them you'll have to increase your level for each unblocked hero, obtain them as a reward after winning in the Arena mode or creating them yourself with arcane dust that's obtained unlocking others. In any case, if you find the game hard, you can always go to the game's store and purchase them with the gold you have earned during the game or with real money.

With Hearthstone: Heroes of Warcraft you'll be able to take part in the most exciting card battle of the universe developed by Blizzard.

Antony Peel
Blizzard Entertainment
Over a year ago
More than a year ago
4.8 MB

Hearthstone iPhone 19.6.74257
Other languages
We use our own and third-party cookies for advertising, session, analytic, and social network purposes. Any action other than blocking them or the express request of the service associated to the cookie in question, involves providing your consent to their use. Check our Privacy Policy.