1.0.10 Latch Antiransomware is a security tool developed by Telefónica to prevent ransomware malware attacks of the likes of WannaCry or the infamous Police virus
9/10 (2 Votes)
Download 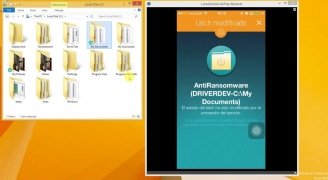 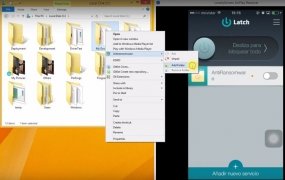 Still don't know what ransomware is? It's a type of malware capable of infecting a computer system locking all its files by means of encryption. It's a kind of kidnapping process that usually demands the payment of ransom money in the form of Bitcoins.

As you've probably heard on the news or maybe because you have suffered it yourself, it's a weapon that cybercriminals are using more and more, so it's a good idea to get ready to fight against this kind of threat. Luckily enough, many computer security companies have started developing tools to help us out, one of them being Latch Antiransomware, created by the cybersecurity division at Telefónica.

How to protect your PC against ransomware

Latch ARW is a tool that works like a Windows driver in kernel mode, monitoring all the input and output operations run by the operating system. It runs like yet another Windows service that checks the permissions of the different processes running to access protected folders.

Its function is to protect files under its so-called security vault. In other words, it can block the folders of our choice so that they're monitored by this tool and kept under surveillance in the event of a possible attack.

Block your own files against ransomware.

This ransomware issue can't be taken lightly. As we said some lines above, it has become a usual channel for cybercriminals to attack their victims, as well as the typical viruses, trojans, and other malware aimed at scamming users and stealing data for an economic purpose. There's the recent case of WannCry or the infamous Police virus, but there are many other less mediatic examples.

Latch Android 2.2.4
Other languages
We use our own and third-party cookies for advertising, session, analytic, and social network purposes. Any action other than blocking them or the express request of the service associated to the cookie in question, involves providing your consent to their use. Check our Privacy Policy.