MDAC 2.8 allows developers to create applications that are compatible with any database. Download MDAC 2.8 to be able to work with databases on your PC 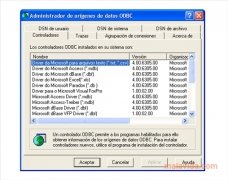 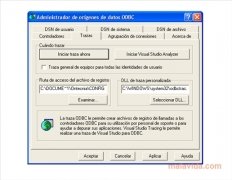 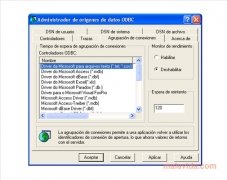 MDAC 2.8 (Microsoft Data Access Components) is a framework created by Microsoft, that was designed so that the developers that were working on Windows 98, Windows 2000, Windows XP, Windows ME and Windows NT could create applications that were compatible with all kinds of databases. It's formed by three main elements ActiveX Data Objects (ADO), OLE DB and Open Database Connectivity (ODBC).

This pack of tools is very useful for any programmer that wants to create applications that access various databases, even simultaneously. Obviously, since it is a framework, this development by Microsoft lacks an interface and we'll have to access its properties by means of the system tools.

It's worth highlighting that it doesn't include Microsoft Jet, nor Microsoft Jet OLE DB Provider, tools that can be downloaded separately. If you were looking for a pack with which you'll be able to work with different databases on your applications, download MDAC 2.8.