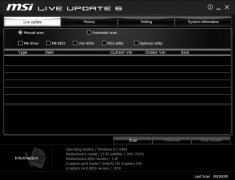 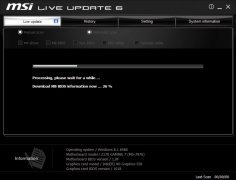 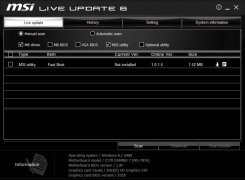 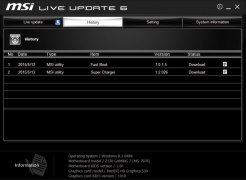 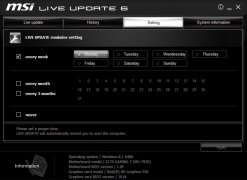 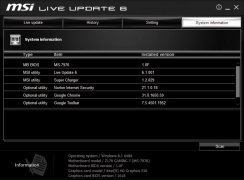 MSI, the manufacturer of motherboards, graphics cards, PCs, and other electronic products, has its own tool to update the BIOS and drivers on its computers. It helps users to carry out this process in a simple straightforward manner.

Update BIOS and the drivers of your MSI motherboard

It's a rather simple process but any tiny mistake can make our motherboard totally useless. That's why MSI Live Update offers us the possibility to monitor the entire process, making sure that there aren't any incidents. The design of the user interface is very simple and it basically shows us the different update functions provided by the program for our hardware's controllers:

In turn, we can follow the entire update process and check our history, configure the tool as well its regular scans or take a look at the system information.