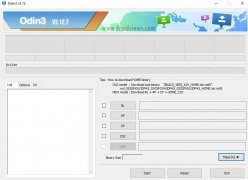 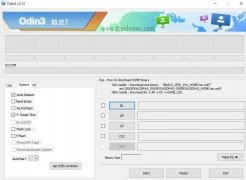 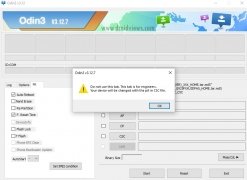 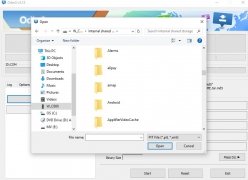 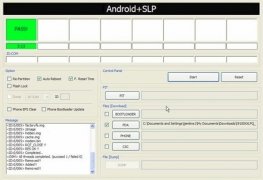 If you've got a smartphone or tablet belonging to the Samsung Galaxy series and you want to flash the operating system (in other words, reinstall it), the best tool for such purpose is Odin3. This tool allows us to carry out full updates on our device's ROM although it also offers us the chance to flash parts our kernel

This program was developed a few years ago by Samsung but never officially released. However, it was mentioned in certain documents, including instructions for use and referred to as a tool for engineers. The versions available to the public are probably due to leaks.

This program was designed to run on a Windows PC and can load the firmware's image files on Samsung devices via USB cable. To make it work correctly, you'll have to previously download the USB drivers for your Galaxy and don't forget that not all mobile phones are rooted or flashed the same. There are different processes for each model, therefore, you'll have to search for your one on the Internet to make sure which steps you have to take.

This program can be used to flash your smartphone, as we already mentioned, but also to recover a bricked device. In other words, to carry out an unbricking process. This ROM manager comes along with a control console from which we can load whatever ROMs we consider appropriate.

Mobile ODIN Android 4.20
Other languages
We use our own and third-party cookies for advertising, session, analytic, and social network purposes. Any action other than blocking them or the express request of the service associated to the cookie in question, involves providing your consent to their use. Check our Privacy Policy.