Improve the stability and the performance of your SQL database once you download SQL Server 2008 SP1 free, the first pack of update available for this DBMS 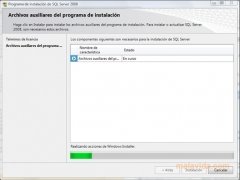 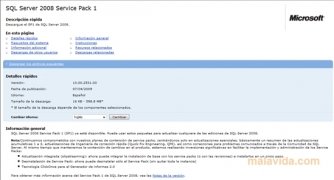 Nowadays there are plenty of systems focused on the management of databases like Oracle, Firebird or MySQL, but the alternative presented by Microsoft is SQL Server, a powerful system based on Transact, that can provide great amounts of data to many users simultaneously.

The latest version of this management system (SQL Server 2008) already has its first pack of basic updates: SQL Server 2008 SP1, that involves general improvement to the application, both in terms of stability and performance, as well as better integration with PowerShell and it adds ClickOnce technology for Report Builder 2.0.

SQL Server 2008 Service Pack 1 has also added slipstreaming technology, which will allow the user to install the basic elements of an application integrated with its service packs, and also a new option to uninstall Service Pack 1.