TotalEdit is a notepad capable of editing programing code. It offers support for a large amount of programing languages and can distribute work into tabs 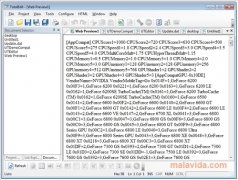 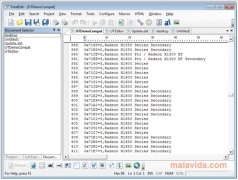 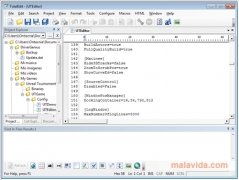 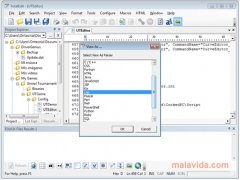 Finding a good programming environment, with help functions and prepared to cope with various languages is quite complicated, that's why TotalEdit is a valued editor. It includes support for several programming languages.

Edit your text and code files

TotalEdit is, basically, a notepad with support to edit code, actually, it's specifically designed to do so. From markers for text lines to the HTML and XML editor that it includes. Furthermore, it supports Windows (ANSI), UTF-8, Unicode, Unicode (Big-Endian), UNIX (LF) and MAC (CR) coding as well as recognizing PHP, C, C++, Java, HTML, ASP, JSP, CSS, Javascript, Perl, Python, Ruby, Pascal, and SQL code.Each file that we open will be placed in a tab at the top of the screen, in such a way that if we're editing several files that are related, we'll be able to quickly change from one to another if necessary.

Like any editor, its interface is well structured and has various windows and frames in which it shows help information that will make our job much easier.

Antony Peel
Independence Software LLP
Over a year ago
More than a year ago
8.5 MB