With Microsoft Visio installed on your PC you'll be able to easily create all sorts of diagrams, plans, organization charts and graphical representations 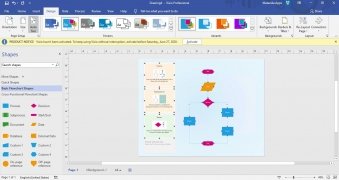 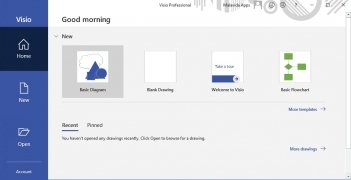 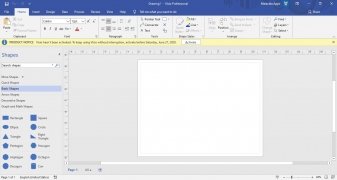 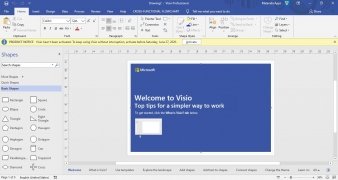 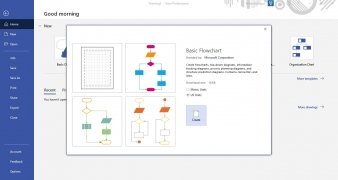 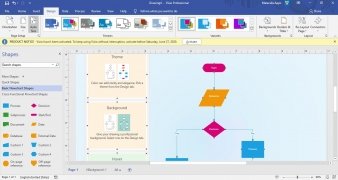 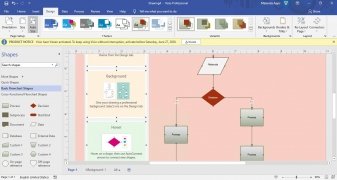 The range of programs included within the Microsoft Office suite is very broad, and there we can find tools of all sorts, usually focused on improving our productivity both at home and at work. The use of the vast majority of the applications included in this pack is within anyone's reach, whether he has basic or advanced knowledge of office tools, but some of them are focused on a more technical kind of user.

Creating diagrams is easier than ever.

That could be the case of Microsoft Visio, a tool included in Office 2016 and specialized in creating flowcharts and vector graphics for the graphical representation of databases, office layouts, program flows, UML, etc. You can create and design diagrams of almost any type, either using the templates you can find online or starting off from scratch:

A brief history of Visio

Since it's not a program that the majority of Microsoft Office customers use, many people ask themselves about the history and origin of this software, such as who created it, since when does it exist and how many versions are there. The truth is that despite belonging to the Redmond-based company, but Shapeware Corporation that launched version 1.0 in 1992. Microsoft didn't purchase the product until 2000, giving it its own name, so versions 1.0 to 5.0 were developed by Shapeware, while versions 2000 to 2016 were launched under Microsoft's brand.

Now that you know its background, it's time to download it and try it out. You can obviously get hold of it from Microsoft's official website although despite being sold as a comprehensive part of Office, its download is offered individually. You'll have to log in with your Hotmail account and provide some basic personal information, such as your name and occupation, to then choose which version (32 or 64 bits) and in which language you want to complete the download.

An online installer will be downloaded to your PC which will grant you access to a free 60-day trial version that will require you to register. Installation isn't too fast but in a few minutes, you'll be able to start designing your own diagrams, making the most of the functions described below.