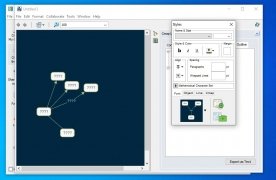 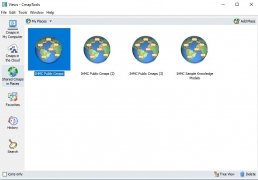 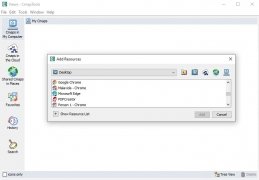 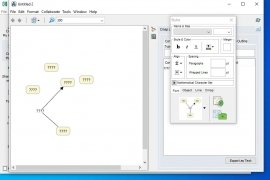 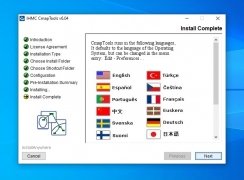 Many times it's very difficult to express theories, ideas, and concepts correctly, especially if the latter include subsections or subordinated ideas. And although it's true that there are tools to carry out presentations of the likes of Microsoft PowerPoint or Prezi, sometimes they don't exactly adjust to the workflow that requires the creation of mind maps. That's where specific applications like CmapTools come in.

But we have to admit that it's not the most visually appealing or eye-catching tool since it reminds us of any software developed during the first years of the 21st century for the Windows XP environment, but it continues to be one of the most versatile and reliable apps for the design of mind maps that can be used on Windows 7, 8, and 10.

Make any complex concept much more comprehensible with a simple graphical presentation.

One of the best applications to create mind maps

Among the main features and functions of this program, we have to point out the following:

Its great performance has led it to be one of the favorite applications to carry out these kinds of tasks. Not for nothing, it isn't exclusive to Windows as you can also download 32 and 64-bit versions for macOS, PCs equipped with Linux, and iPad (other iOS devices such as iPhone or the APK format for Android smartphones and tablets will have to wait). In turn, we're also talking about a program that can be downloaded for free, so it's understandable that it has become so popular.

It can be used in all kinds of scopes, from primary schools to the most demanding professional scopes.

However, the learning curve of this program isn't too steep in terms of its basic functions, but if you want to become an expert and make the most of all its functions, it might be recommendable to get hold of a tutorial that explains all the ins and outs of how it works.

CmapTools Mac 6.04
Other languages
We use our own and third-party cookies for advertising, session, analytic, and social network purposes. Any action other than blocking them or the express request of the service associated to the cookie in question, involves providing your consent to their use. Check our Privacy Policy.